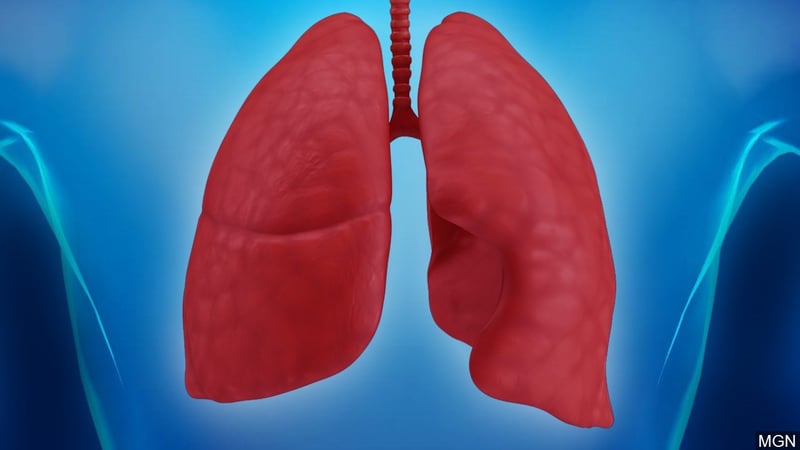 Breathing, it's not something most of us think twice about.

However for Nick Bell, and other patients living with cystic fibrosis, it's a constant struggle.

"It's just a drain on your energy daily," Bell said. "You do so many treatments just to keep yourself breathing."

According to the University of Nebraska Medicine Center, cystic fibrosis is a life threatening disease that builds up mucus in the lungs with an average survival age of 47 years.

Like most patients, Bell was diagnosed as a baby.

"I like to joke around and say my lungs are like these two busted first vehicles I had," Bell said. "I used to have a 1980 Volkswagen Rabbit convertible, and that's my right lung. I had this old Toyota pick-up 4x4, and that's my left lung. I want to die with these suckers."

At low points in his battle with cystic fibrosis, Bell says it's felt like he was breathing through a straw.

But, that's not how Bell is feeling now.

A new drug, Trikafta, was approved by the Food and Drug Administration in October and has dramatically increased Bell's lung function to the point where he's started working out again.

UNMC Doctor Peter Murphy says the medicine is the "cutting edge of science."

Dr. Murphy adds patients are able to exercise more, cough less and it's now easier to clear mucus from their lungs.

Unlike other drugs, Trikafta is eligible for 90% of cystic fibrosis patients.

For Bell, this new drug has changed his life.

About a year ago, Bell's UNMC team told him to start fund-raising for a lung transplant. With this new drug, Bell no longer has to live with that reality.

"To be told that earlier this year, to how I feel right now standing in front of cameras talking about my life....its a whirlwind," Bell said. "It's definitely been a game changer."

Before Trikafta, Bell's lung function was at 35%.

Now, he's at 54% with a goal of strengthening that number with this new lease on life.

The new drug will benefit 90% of cystic fibrosis patients, but Bell reminds us not to forget about the other 10%.

He has met other people battling this disease. One in particular is a 4-year-old Florida boy.

"I want him to know that we'll keep on fighting and raising awareness until there's a solution for him, too," Bell said.

Although it's been great for his health, Bell does have some concerns with access to the drug.

Without his insurance, he says the drug would cost more than $300,000 a year.

He fears that insurance companies could limit availability to the medicine.