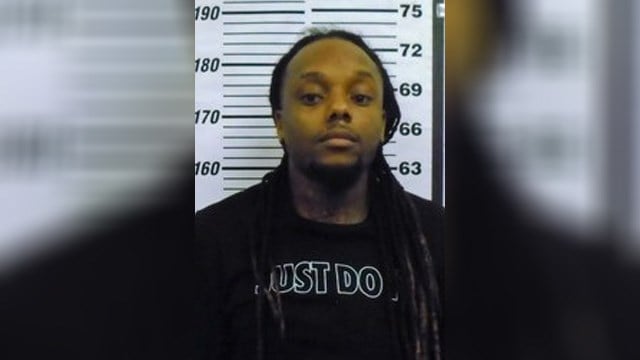 Authorities in southeast Kansas have arrested a 29-year-old man for allegedly kidnapping an Oklahoma woman and forcing her to dance for money.

The Cherokee County Sheriff's Office says investigators were made aware that a 23-year-old woman from Coweta, Oklahoma, who was reported missing on December 6 may be in the area.

Detectives found the woman at an area gentlemen's club. She had reportedly been driven there by Gary Ballard, of Tulsa.

Ballard is accused of beating the woman, forcing her to dance for money, "which he took," and preventing her from leaving or contacting her family.

“The man who is suspected of repeatedly and violently hurting this woman before transporting her across state lines for the purposes of making him money, has a violent past including a conviction of Shooting with Intent to Kill in Oklahoma,” according to Cherokee County Sheriff David Groves.

Ballard was booked into the Cherokee County Jail for aggravated human trafficking and aggravated kidnapping.

“I’m thankful our investigators were able to remove the woman from this situation, get her back to her family, and apprehend the suspect without incident,” Sheriff Groves said. “This case illustrates the importance for people to know there are resources available to help get them out of dangerous, violent or abusive relationships and situations.”