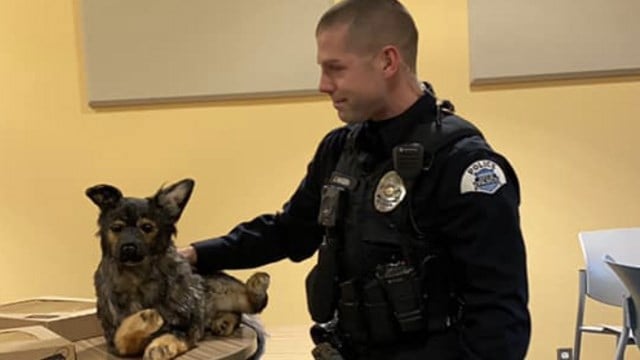 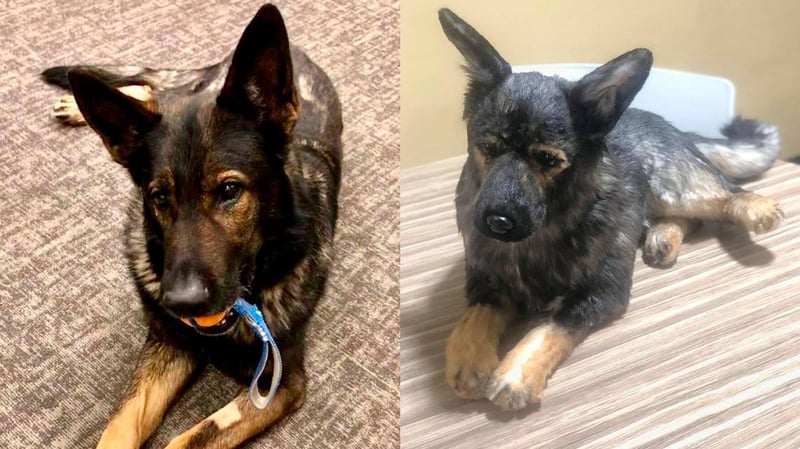 A family from Washington state gave a special gift to a police officer who recently lost his former K-9 partner.

The Pasco Police Department dog, named Lemon, died this month after health struggles that started when his intestines became knotted, according to the Tri-City Herald.

Lemon spent eight years working with the department and died at the age of 10.

During one of the many times he went out on patrol with Officer Josh Madsen, one call had a big impact on the Berg family.

After learning about Lemon’s death, Cassandra Berg and her family put together some of the photos contacted Cuddle Clones. The Kentucky-based company creates stuffed copies of pets.

"It was a great reunion and we are so thankful for their permanent reminder of #K9Lemon!" the Pasco Police Department said on Facebook.