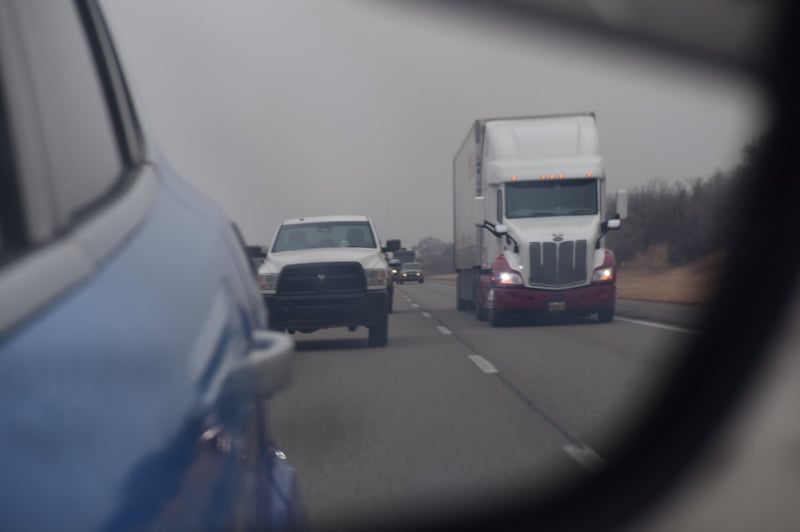 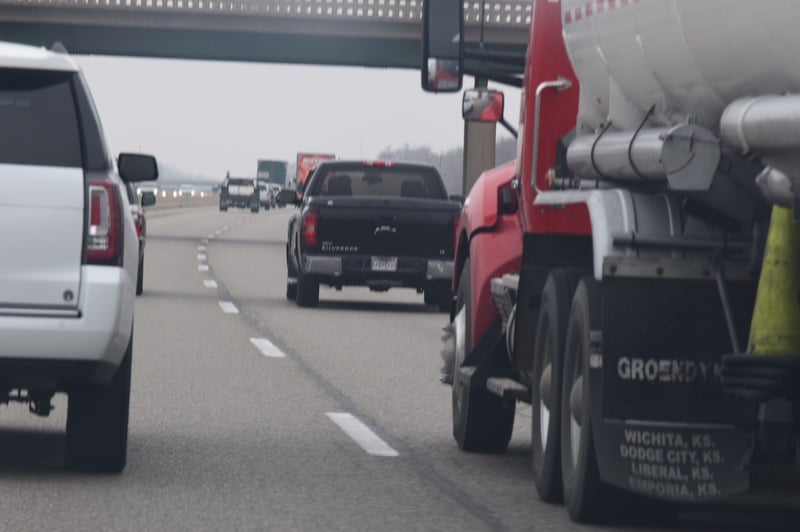 The end of this week will be the worst days for travel headaches across the country, and right here in Kansas, according to travel groups like AAA.

Whether you're just driving to those after Christmas sales or are headed home after a holiday visit to relatives, AAA estimates that a record 104 million Americans will be traveling over the next few days.

It was definitely more crowded on the interstates around Wichita Thursday than it was a few days ago.  If you haven't left yet, be warned that AAA  believes it will take you twice as long as normal to get where you're going.

Drivers we spoke with say getting an early start is the key to a smoother trip through Kansas.

Lisette Lugo is headed to Texas from Olathe.  She hit the road at 7 a.m. Thursday.

"I expected there to be a whole lot more traffic.  But, you now, every once in a while you find yourself by yourself for a minute.  It's been pretty easy.  I've seen worse traffic, honestly," said Lugo.

Despite the crowded roads some drivers we spoke with still chose Thursday to start their vacation.

"Go see Galveston at the beach, just hang out with some friends from high school, just relax," Dylan Stein said of his plans for the next week.

Stein and his friend were among the millions of Americans on crowded highways Thursday.  Most of those drivers had to be there, headed home and back to work.  But a few, like Stein, voluntarily chose Thursday to travel.

"It just was a good weekend, I guess," Stein said.  "I mean, we didn't have anything going on, so it kind of just worked out."

And they're not alone.  Steven Walkup and his family were passing through Kansas, headed from Oklahoma to Colorado.

"We own our own business and we kind of close down until the second," Walkup said.  "So it was a little bit of free time where we could take advantage of the holidays, I guess you'd say."

The crowded highways and byways haven't slowed either Walkup or Stein down. Yet.

"It's still early on in the trip," Stein shrugged.  "I guess we'll find out."

But, more than the crowded highways, these drivers were worried about the weather.

"In Oklahoma we started off with the fog.  And, you know, you can't see too far ahead of you," Walkup said.  "So just be careful.  And don't drive too fast, tail gate people too close.  That's probably the only issues we've had today."

With all those drivers out there  added to all those shoppers looking for that great after-Christmas sale and the next few days are a recipe for road rage.

But drivers like Walkup, Stein and Lugo had a few tips for dealing with anger behind the wheel.

"I'm a passive driver and if I see really aggressive people, I try to get out of the way.  You know?" Lugo said.

She's traveling with her two dogs, a decision that definitely adds to the stress of the trip.

"They're like children," she said.  "So, yeah, you know, I'm responsible for more beings in the car.  So definitely, for sure, I want to make sure that everybody's comfortable so we just get there safe."

She says leaving early, trying to stay out of the way of more aggressive drivers, and taking frequent breaks helps keep her trip smooth and easy.

Stein and Walkup agree with her assessment.

"Just try to ignore them," he said of drivers who lose their tempers.  "Better not to cause any more drama than I have to deal with."

"Just be more cautious, watch out for other people's driving," Stein said.