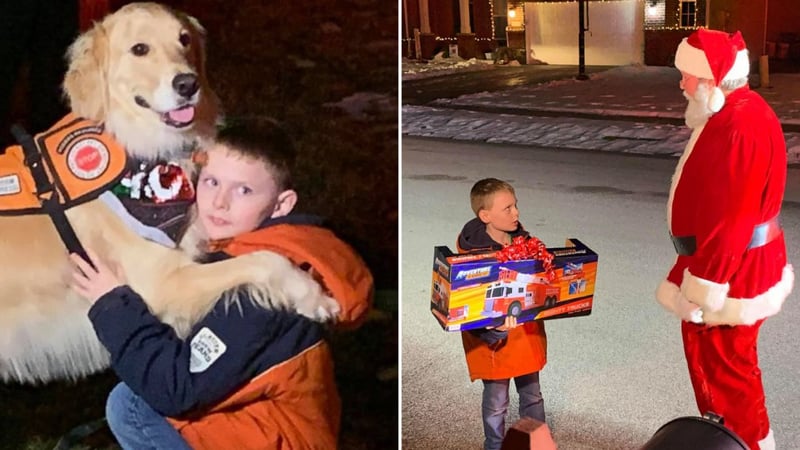 A 9-year-old Indiana boy denied a visit with Santa because of his service dog, received a Christmas surprise from the big man himself.

Tyler had tried to visit Santa Claus at a local mall ahead of Dec. 25, however, he was turned away because he had his service dog with him, according to Deputy Chief of Operations for Brownsburg Fire Ryan Miller.

Miller said Tyler is a child with autism and the dog, named Ryan, helps the boy control his emotions.

When a family friend heard about Tyler's situation, she contacted the Brownsburg fire department in hopes they could help.

The department normally rides around town with Santa on their fire truck.

On Monday, during their trip around the neighborhood, Tyler received his special visit.

"We can’t solve all the world's problems, but when we can make a difference we will step in," according to a Facebook post from the Brownsburg Fire Territory.

"It was an honor to be able to help bring a little Christmas joy to our friend Tyler," another post from the fire department read.