A Christmas meeting: When Roosevelt and Churchill strategized to beat the Nazis 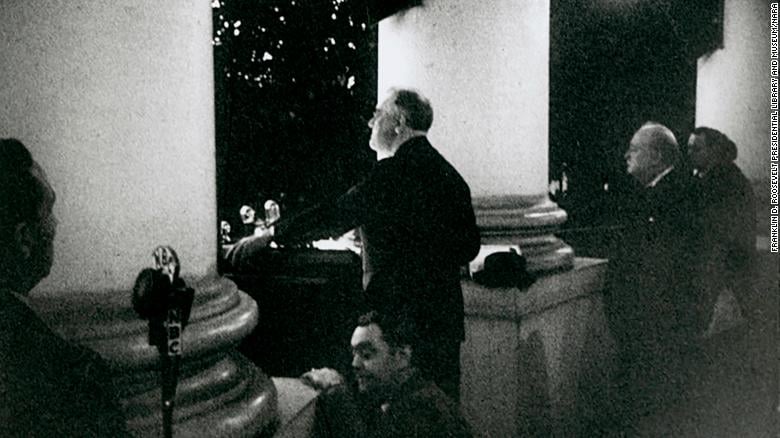 Even Eleanor Roosevelt didn't know who was coming for Christmas -- though in retrospect her husband's order for fine champagne, brandy and whiskey might have been a clue.

It was December 1941. World War II had drained the Christmas spirit and the US was in shock, just weeks after Japan's strike on Pearl Harbor dragged it into the war's inferno. US President Franklin Roosevelt was in no mood for house guests, but Winston Churchill bullied an invitation anyway. Soon, the British Prime Minister was aboard HMS Duke of York, dodging U-boats and plowing across the wintery Atlantic.

A plane whisked his contingent from Virginia's coast to Washington, DC, and the British, used to London's air raid blackouts, marveled at the lights of the city below, decked out for its first wartime Christmas. 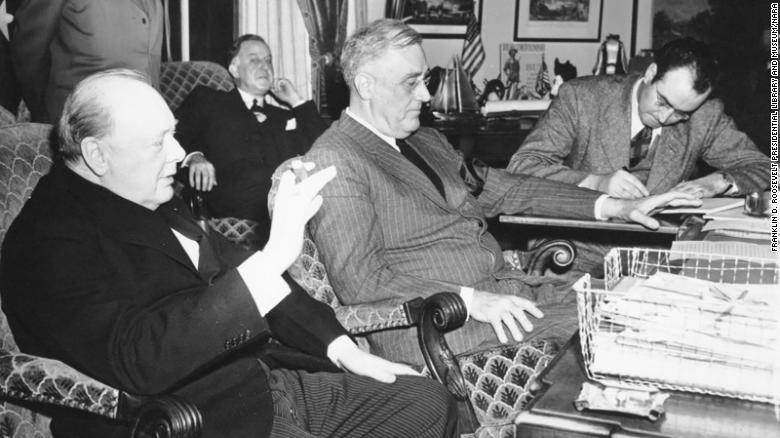 President Franklin Roosevelt and British Prime Minister Winston Churchill give a joint press conference on December 23, 1941 in the Oval Office.

The first lady learned the identify of her guest only when he was in the car on the way to the White House -- with the veil of secrecy lifted with Churchill safe on US soil. What came next was the most remarkable summit in White House history. It came at a moment when humanity was in crisis, with tyranny and bigotry on the march. And it showed that leadership, from two giants equal to their moment in history, could make the world safe for freedom and democracy -- no matter how dark the hour during the grim days of that long-ago Christmas.

Churchill was not an easy guest given his idiosyncrasies -- afternoon naps, late-night brainstorming, and a habit of parading around in various states of undress. He told FDR's butler he needed a tumbler of sherry with breakfast, Scotch and sodas for lunch, champagne in the evening and a tipple of 90-year-old brandy for a nightcap.