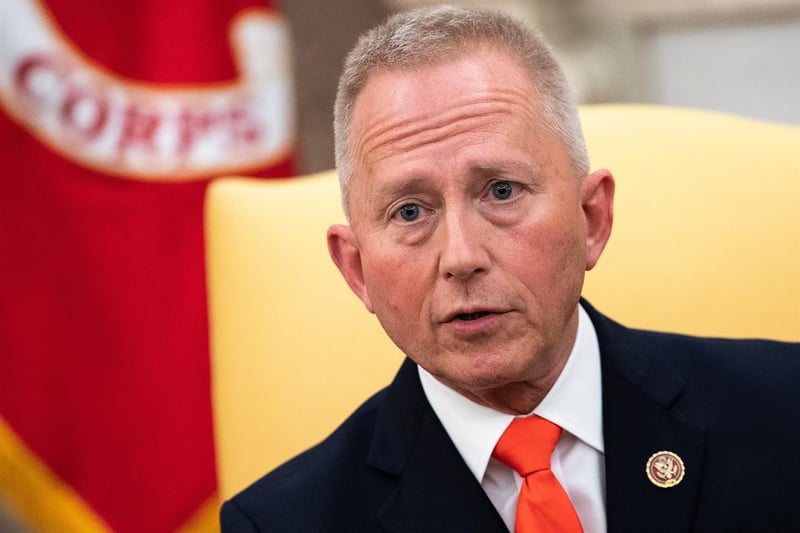 New Jersey Rep. Jeff Van Drew said the "final sign" for him to switch parties was being told that he had to vote in support of impeachment of President Donald Trump.

In an interview with Fox News on Sunday, Van Drew -- who was struggling in New Jersey politics as a Democrat -- recalled how he was told by a New Jersey Democratic county party chair that he would not be successful in winning reelection if he votes "no" on impeachment.

"One of the county chairman came to me and said, 'I have to speak with you.' And I said, 'sure' and sat down. He said, 'I just want to let you know that you have to vote for impeachment.' I said, 'What do you mean?' He said, 'You've got to vote for impeachment. If you don't, you're not going to be able to run in my county,'" Van Drew said, without naming the county party chair.

"For all the years that I have worked so hard and tried to give so much, not only to the party, but to everybody.... it all boils down to one vote, that I may have my own individual opinion on one vote and that is not going to be allowed? I'm going to be punished for that? And that's when I knew," Van Drew said, also citing the Democratic Party's move to the left as part of his decision to join the Republican Party.

Van Drew, who had been an outspoken critic of impeachment before switching parties, was facing a tough reelection in his New Jersey district and becoming a Republican would allow him to avoid a Democratic primary. CNN previously reported that internal polling showed Van Drew was losing major support among Democrats.

Van Drew said that he felt he did the "honorable thing" in voting against impeaching Trump last week.

"I feel that I did what was right for me and right for the country," Van Drew told Fox News. "This impeachment is a weak, thin impeachment that just doesn't really mean anything much to most of the American people. And it has been a long, dark shadow on our country. And folks are tired. I really believe folks are tired of it."

Trump announced Thursday that Van Drew would be joining the Republican Party and endorsed the New Jersey congressman's reelection bid.

Before he had announced his switch, Van Drew was one of just two Democrats who voted against formalizing the impeachment inquiry in October.

New Jersey's 2nd Congressional District had been held by former Republican Rep. Frank LoBiondo for 24 years before Van Drew won election in 2018. In that race, Van Drew ran against a Republican candidate, who after making controversial remarks against diversity, lost the support of the National Republican Congressional Committee. The district had voted for Barack Obama in 2008 and 2012, before voting for Trump in 2016.