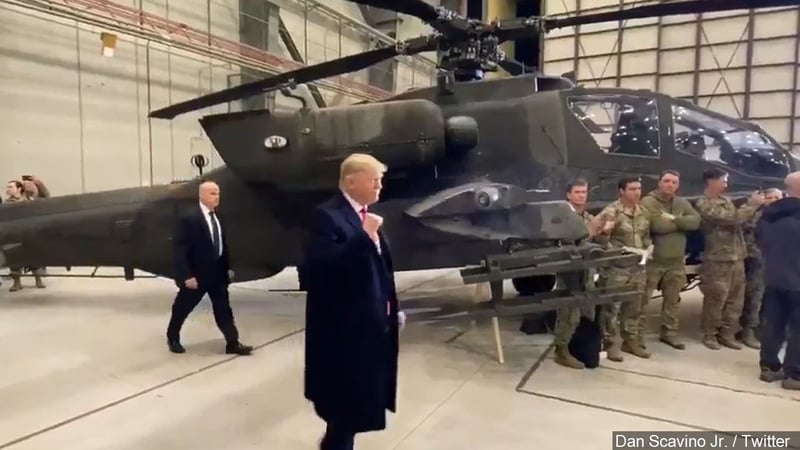 President Donald Trump has signed off on nearly $1.4 trillion in spending that will keep the government funded through September 30. This will prevent the possibility of a shutdown ahead of what looks like will be a very contentious election year.

The two bills signed on Friday will allocate $1.4 trillion: $738 billion to the military and $632 billion to non-defense agencies, marking increases over fiscal 2019 of $22 billion for the Pentagon and $27 billion for non-defense.

The spending measures, which will add roughly $400 billion to the deficit over the next decade, include money for the president's U.S.-Mexico border fence, pay raises for military and civilian federal workers, and federal funding for election security grants.

Also included in the package is a provision that will raise the federal minimum age to buy tobacco to 21, up from 18.  This new minimum age also applies to both e-cigarettes and vaping cartridges.

That amount far less than the $8.6 billion that President originally wanted. That fight led to the longest government shutdown in U.S. history in early 2019.

Trump signed the new defense spending bill in a public ceremony at Joint Base Andrews, and the civilian spending bill aboard Air Force One as he traveled to his Mar-a-Lago resort, where he will celebrate Christmas and New Year's.

The defense portion officially establishes the Space Force as the nation's sixth branch of the military, according to The Daily Mail.

Trump marveled at the size of the spending package, noting that it was billions - 'that's with a B.'

'That's an all-time record in the history of our country,' he told the crowd of troops gathered. 'What's the good of a budget if you don't have the best military in the world?'

He remarked that it had been 70 years since a branch of the military had been created - the last being the Air Force under President Harry Truman.

'Think of that, we will create a brand new American military service - that's such a momentous statement,' he added.

'Space. There's going to be a lot of things happening in space. Because space is the world's newest war-fighting domain,' he said.

Federal civilian workers and military members will get a 3.1 percent pay raise.

The large spending measures were made public earlier this week and marked a note of bipartisanship just days after House Democrats impeached Trump.