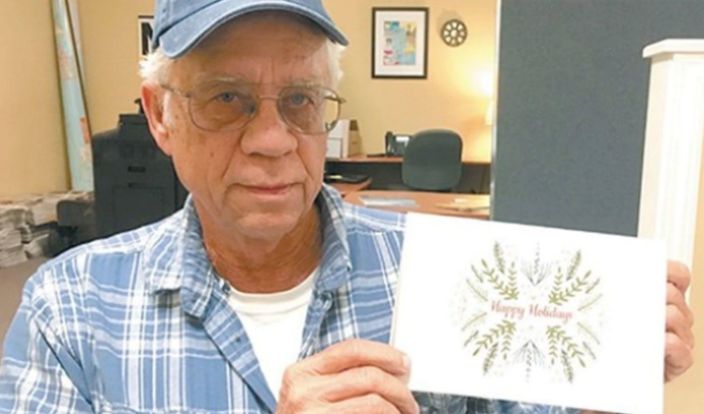 A Florida man is giving generously to people in need this holiday season after experiencing his own troubling time years ago.

Mike Esmond recently paid close to $4,600 in gas and water bills for 36 families in the city of Gulf Breeze, helping folks whose payments were past due, the Pensacola News Journal reports.

The 73-year-old Gulf Breeze Pools and Spas owner told the outlet that he decided to perform the kind act after he experienced his own hardships back in 1983.

Esmond said that, in 1983, his three daughters and he spent Christmas in the cold after he could not afford to pay the heat and power bill. That particular year was record-breaking in terms of temperatures; they dipped to just 9 degrees.

“That year, we didn’t have any heat and it was the coldest recorded temperature [in December] Pensacola has ever had,” Esmond recalled to the outlet. “We had icicles hanging off our windows.”

In an effort to make sure other people didn't endure the experience that he did, Esmond took a trip to Gulf Breeze and asked the city for a list of the utility accounts that were late and at risk of having their gas and water turned off, according to Yahoo.

The list showed that 36 families were currently struggling — so Esmond generously paid off every single water and gas bill.

“I wanted to do something that I felt would really help people at Christmas time who are trying to decide between paying bills and maybe having something cut off, or buying presents for their family,” Esmond told the Pensacola News Journal.

“When I got my utility bill this month, I noticed that it said the cutoff date was Dec. 26, so I went to the city and asked how many people were going to have their gas or water shut off before Christmas, so they gave me the numbers and I paid them,” he offered.

After his nice gesture, the city sent out cards to the households who had been at risk and told them that Esmond had paid their bills.

“It is our honor and privilege to inform you that your past due utility bill has been paid by Gulf Breeze Pools and Spas,” the card read, according to the outlet. “You can rest easier this holiday season knowing you have one less bill to pay.”

The impacted Florida residents were understandably stunned when they learned of Esmond’s actions, with one beneficiary, Angela Cascio, telling the outlet that she “burst into tears” upon the discovery and is “forever grateful” to him.

The small business owner also said he hopes his act of kindness will encourage others to do the same.

“It’s who I am now because I’m finally at a point in my life where I’m not struggling with bills anymore and I can share some of my success,” he said. “I’m no Quint Studer or Fred Levin, I can pay my bills but I’m certainly not somebody that’s rich.”

“I’m hoping that I can send a message to other businessmen or people that are in the same status as me that there are people out there that can be helped,” he added. “You don’t have to be a millionaire to help people.”