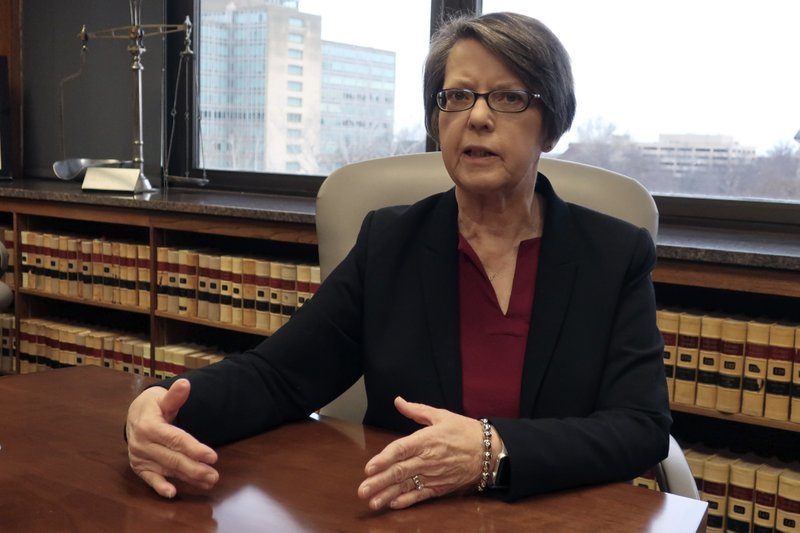 Six trial-court judges in Kansas filed a lawsuit Friday against the state Legislature in hopes of forcing it to increase funding for the court system in a move certain to intensify majority Republicans’ ongoing frustrations with the judiciary.

The judges filed their lawsuit directly with the Kansas Supreme Court, less than two hours after its new chief justice told The Associated Press that the high court’s own proposal for a 12% increase in funding was “the tip of the iceberg” in meeting the judiciary’s needs. The Supreme Court’s repeated push for additional funds led one GOP leader to question whether it could be impartial in hearing such a dispute.

The lawsuit also comes with GOP conservatives planning to push next year for amendments to the Kansas Constitution to overturn a Supreme Court decision in April protecting abortion rights and to give legislators power they do not now have to block appointments to the high court.

And it comes after years of legal battles over funding for the state’s public schools and multiple rulings from the Supreme Court forcing the Republican-controlled Legislature to boost education funding. The state is spending almost $1.3 billion more on its public schools than it did during the 2013-14 school year because of the high court’s decisions.

The lawsuit alleges that state lawmakers have chronically underfinanced the judicial branch. It asks the state’s highest court to force legislators to consider funding “independent of unrelated political agendas.”

Pay for some court workers is nearly 18% below market rates for similar jobs, and hundreds of them have to take second jobs to make ends meet, the lawsuit says. The result, the judges argue, is high staff turnover.

But House Majority Leader Dan Hawkins, a conservative Wichita Republican, said the irony of the lawsuit is that the Supreme Court’s rulings on education funding have prevented legislators from being more generous with funding to other parts of state government.

“Isn’t there a little bit of a conflict of interest here?” Hawkins said. “The courts are going to sue us and then they’re going to rule on it? Wow.”

He added: “I’m not sure how you can say how you’re impartial when you’re arguing for yourself.”

The district judges suing the Legislature included Robert Frederick of Finney County in southwest Kansas; Steven Hornbaker of Geary County in northeast Kansas; Michael Powers in Marion County in central Kansas, and Merlin Wheeler of Lyon County in eastern Kansas. Frederick, Powers and Wheeler are the chief administrative judges in their judicial districts.

The Supreme Court’s rulings on school funding and the one in April declaring access to abortion a “fundamental” right under the state constitution, have led many Republicans to accuse the Supreme Court of being too “activist.” The high court based its education funding rulings on a constitution provision requiring lawmakers to make “suitable provision” for financing the state’s “educational interests.”

The judges suing the Legislature argue that the Kansas Constitution makes the court system an independent and equal branch of government. They argued chronic underfunding has “significantly impeded” the judiciary’s power to meet its duty to “administer justice without delay.”

In 2015, the Supreme Court took that tact that lawmakers were unduly interfering with its power to administer the courts in passing a law that stripped the court of it power to appoint chief judges for each of the state’s 31 judicial districts.

Legislators earlier this year approved a $149 million budget for the court system, an increase of 3.6%. But the Supreme Court argued that it would need $166 million.

The high court is pushing again for about that amount of funding, seeking $18 million in extra funding, mostly to boost salaries.

New Chief Justice Marla Luckert, who took over the position this when former Chief Justice Lawton Nuss retired, said funding is a pressing issues, citing some of the same issues that the lawsuit did in an AP interview.

But Hawkins said other areas of government —such a prisons and services for the mentally ill — need more funding as well. And Senate President Susan Wagle, another conservative Wichita Republican, chided the judges for thinking their salaries of nearly $129,000 are “inadequate, saying, ""I cannot comment on the merits of the case until the Attorney General has had an opportunity to thoroughly review it. However, it's unfortunate the judges who brought this case forward think a $128,636.00 salary is inadequate while we still have foster care kids sleeping in offices."