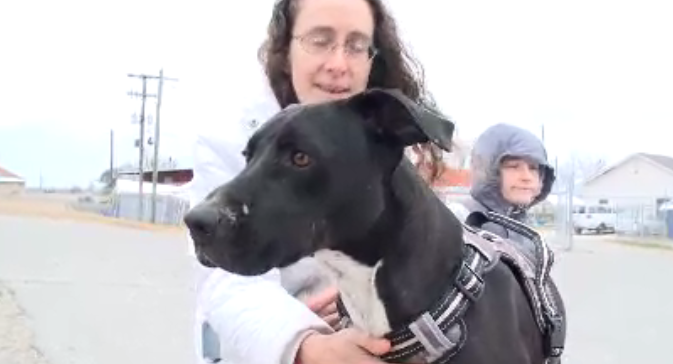 An animal shelter in Arkansas is hoping some of its long-term animals will get a home for the holidays.

It's a brave new world for 7-year-old Scout since he found the loving arms of foster mom Andrea Denk and her son Eddie. The Denks, from Russelville, fell in love with scout when they visited the Humane Society of the Delta in Helena.

"We found out he loves kids, he loves adults, and he loves sitting on the sectional," Andrea Denk said. "He's been working on his leash manners, but he's very easygoing. He's just happy."

The Denks will care for Scout until someone decides to adopt him. But fostering allows dogs who have only known a shelter to let their personality come out.

It's no surprise to the staff who have raised Scout since he was a puppy.

"He's always been sweet and always been loving," said Rita Merrit with the Humane Society Of The Delta. "When our foster took Scout home, she just couldn't believe it be cause he transition so well, but he's a sweetheart."

You may be thinking, "Seven years in a shelter?" But you'd be surprised to know that there are some dogs that have called this humane society home for even longer.

It's a no-kill shelter, so dogs and cats can stay until they're adopted.

"We have between 250 and 275 dogs. We have over 50 cats," Merrit said. "Mainly it's because people won't spay and neuter. We need a spay and neuter clinic so badly."

Staff at the humane society say there is a crisis in their count involving abandoned an abused animals.

"If more people would foster, I feel like at least half of them would already have permanent homes. Because once they fall in love with them, they can't let them go," Merrit said.

Shelters across the county are in need of foster homes for pets. You can reach out to one near you and learn about the process of welcoming a pet into your home.