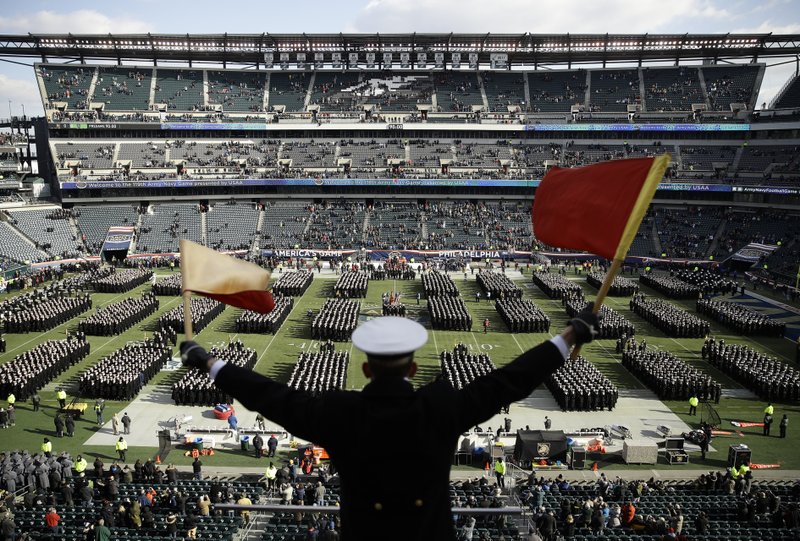 The US Naval Academy and US Military Academy at West Point said Friday that the hand gesture some cadets and midshipmen were seen making on camera was part of a game known as the "circle game" and not a white supremacist symbol.

The circle game is commonly played when a person forms an "OK" with their hand below their waist to trick a second person into looking at it. If the second person is caught looking at the hand gesture, that person is then punched by the person who made the gesture.

The academies were investigating to see if the cadets and midshipmen were making a sign that can be associated with white nationalism, which is someone forming the "OK" sign with their fingers and thumb to symbolize the letters "WP" -- which stands for white power.

"We are confident the hand gestures used were not intended to be racist in any way. However, we are disappointed by the immature behavior of the two Fourth Class Midshipmen, and their actions will be appropriately addressed," Naval Academy Superintendent Vice Adm. Sean Buck said in a written statement. "The Naval Academy is fully committed to preparing young men and women to become professional officers of competence, character, and compassion in the U.S. Navy and Marine Corps; in this case, we recognize there is more work to be done."

"We investigated this matter thoroughly," Lt. Gen. Darryl A. Williams, 60th superintendent of the US Military Academy said in a separate written statement. "Last Saturday we had reason to believe these actions were an innocent game and not linked to extremism, but we must take allegations such as these very seriously. We are disappointed by the immature behavior of the cadets."