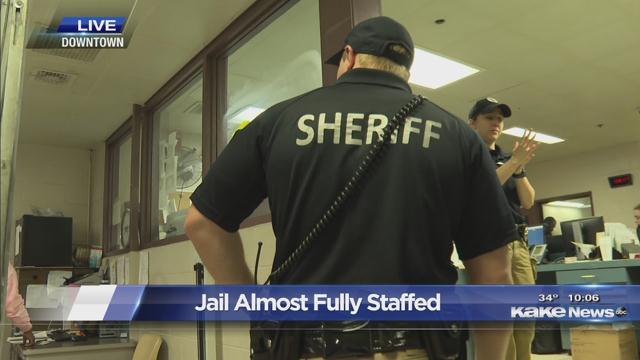 For more than a year, the Sedgwick County Jail has been overcrowded and understaffed.

Now, things are finally taking a turn in the right direction.

Aden Lee is one of 67 recent detention deputy graduates helping to fill a huge gap at the jail.

"I was nervous...I knew I wanted to be in law enforcement in the back of my head like always," he says.

"We've been extremely short inside the facility. It was causing a lot of morale issues, a lot of overtime issues," he says.

This year, the jail has an average of 1500 inmates behind bars everyday, a population that's at a ten year high.

"We've been struggling with that a year and a half."

Easter says recently, a team has been working on new ways to recruit new hires, like traveling to high schools and offering a five percent raise. So far, it's working.

"It's a relief to be real honest with you, because as a leader here, seeing your people get worked to death is very frustrating, so it's good to see that we've hired so many people," says Easter.

Lee says he's happy to help fill in the gaps.

"I am extremely blessed to be in this position right now," says Lee.