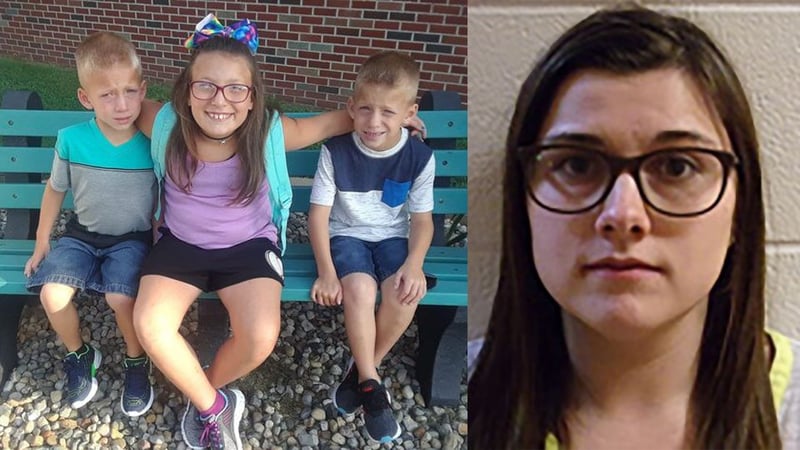 An Indiana woman who plowed her pickup truck into four children, killing three of them, while they crossed a highway to board a school bus was sentenced Wednesday to four years in prison.

Alyssa Shepherd, 25, could have been sentenced to as much as 21½ years in prison for the Oct. 30, 2018, crash that killed 6-year-old twin brothers Xzavier and Mason Ingle, and their 9-year-old sister, Alivia Stahl.

The children's mother, Brittany Ingle, lunged toward Shepherd in the Fulton County courtroom. She was removed in handcuffs and charged with misdemeanor battery.

A jury convicted Shepherd on Oct. 18 of three counts of reckless homicide, criminal recklessness and passing a school bus, causing injury. The judge on Wednesday sentenced her to four years in prison, three years of house arrest and three years of probation, and suspended her driver's license for 10 years.

The children were struck while they crossed two-lane State Road 25 in Rochester to board the bus. A fourth child, Maverik Lowe, 11, suffered critical injuries and has had more than 20 surgeries.

At the time of her arrest, Shepherd told authorities she didn't realize that she was approaching a stopped school bus, despite the activated stop arm and flashing lights. Court documents show Shepherd told police she saw the lights but didn't recognize the vehicle as a school bus until the children were right in front of her.

After the crash, the Indiana Legislature increased penalties for drivers who illegally pass stopped school buses.