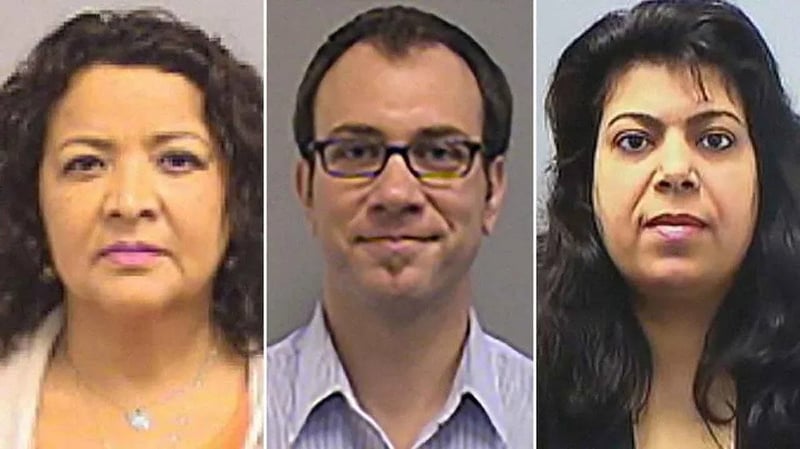 Two former staffers of an elementary school in Virginia are accused of abusing six nonverbal, intellectually disabled students, and the school’s former principal is accused of not reporting the abuse.

The former Freedom Hill Elementary workers were indicted Monday on related charges, according to The Washington Post. The alleged abuse came to light in September when a concerned teacher noticed several bruises on a student and reported them to authorities, Fairfax County police Maj. Ed O’Carroll said.

By then, former principal Scott Bloom, 39, was working at another school. He’s since been placed on adminstrative leave. The others involved in the case, Cylmeera Gastav, 48, and Cecilia Maria Benavides, 59, were placed on leave and have since been fired from their roles as instructional aides.

An investigation found Bloom was notified about possible abuse during the previous school year, but didn’t report it to authorities as he’s legally required to do, police said. Gastav and Benavides were aides to a special education teacher, officials said.

Bloom didn’t respond to the newspaper’s request for comment. It’s unclear whether Bloom, Gastav and Benavides have lawyers.