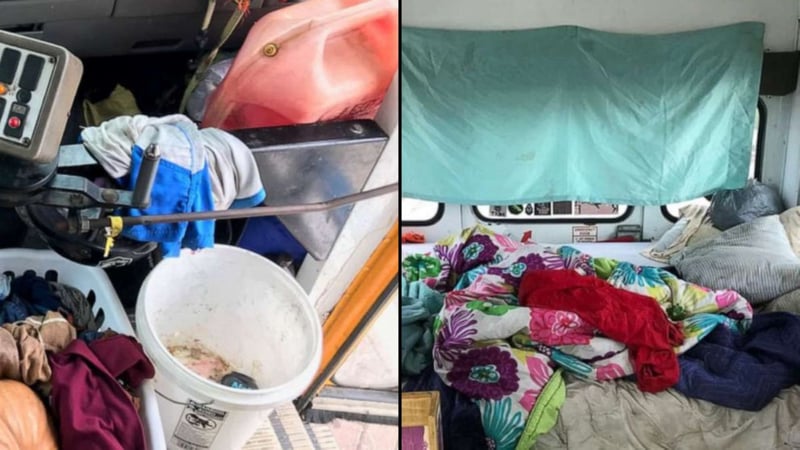 A mother of three children in Florida has been arrested after leaving them alone overnight on a school bus with a bucket for a toilet so she could spend the night smoking marijuana with a man on a boat offshore.

Officer Christopher Priest was doing his routine patrol on Saturday morning when he noticed a mini-bus labeled “Meg’s Playhouse and Preschool” parked in the Gulfport municipal beach parking lot at approximately 4:42 a.m.

Priest approached the vehicle and found three children – ages 3, 6 and 9 – alone inside the bus in deplorable conditions with a bin of perishable and unrefrigerated food and a five-gallon bucket near the front door that was intended to be used as a makeshift toilet for the children.

“The children told the officer that their mother had left them there at approximately 9:00 p.m. the night before and went out on a boat,” said the Gulfport Police Department in a press release.

Gulfport marine patrol was then launched to try and find the children’s mother among the dozens of boats that were anchored offshore.

Officers eventually found the mother, Andrea L Kerins, 33, on-board a vessel owned by a man named Yuri Radzibaba, 46, and learned that she had been smoking marijuana all night and intended to stay on the boat until morning.

The children were taken from Kerins, a transient whose last known address was in Lafayette, Tennessee, by Florida Department of Children and Families for the meantime while the case is being investigated and she was charged with three counts of felony child neglect.