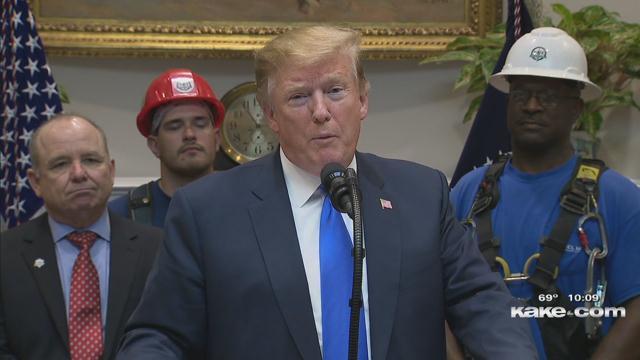 President Donald Trump made clear Monday that he intends to participate in at least three general election debates. But he is threatening to sidestep the nonprofit group charged with running them.

President Trump is complaining, without evidence, that the Commission on Presidential Debates is "stacked with Trump Haters & Never Trumpers." President Trump tweeted that his record "is so good" that "perhaps I would consider more than 3 debates."

In a statement, the commission said it had conducted 30 general election presidential and vice presidential debates since 1988 and that its record "is one of fairness, balance and non-partisanship."