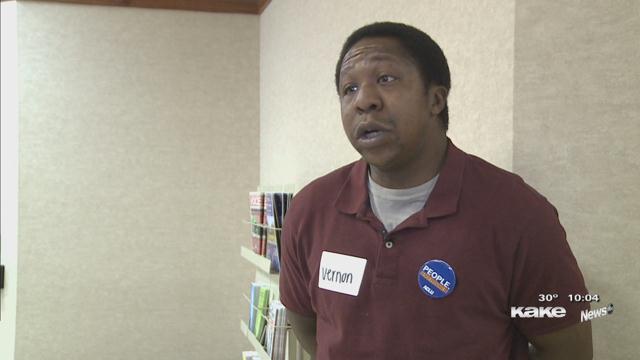 The Kansans for Smart Justice group says the criminal justice system is broken and affecting all of us, costing the state millions of dollars every year. Some people came together today looking to lower the amount of money spent by lowering the number of prisoners.

What does "Smart Justice" mean to you? For some, it means a change in the criminal justice system across the state. "I'm here to be a voice the people that don't get an opportunity for a second chance and that we can change those laws and help reintegrate criminals back into the system, or felons," says Charity Blackmon, formerly incarcerated.

The Kansans for Smart Justice group say those formerly incarcerated, are set up for failure affecting thousands. "If you haven't went through it, you know someone that has and so it's just something that really everybody can be involved in and everybody can have a voice," says Vernon Smart, been on probation for three years.

The issues are addressed in three steps. Including "banning the box," where criminals would no longer be expected to disclose their felony status on a job application.  "As an obvious direct result of checking the felony box, i had an owner of a company tell me that he didn't have anything for me," says Evan Ward, formerly incarcerated.

Those pushing for change say the vicious cycle of limited opportunities and criminal discrimination has got to stop. "We can no longer just lock them up and throw the key. We've got to do something, we need to do better at helping all Kansans get their lives together," says Senator Oletha Faust-Goudeau.

The state requires criminals to get a job after being released, but many say that's nearly impossible. On January 27th, a group from Kansas is headed to the Capital in Topeka, where they'll present those three steps and voice their concerns on reintegrating criminals back into society.