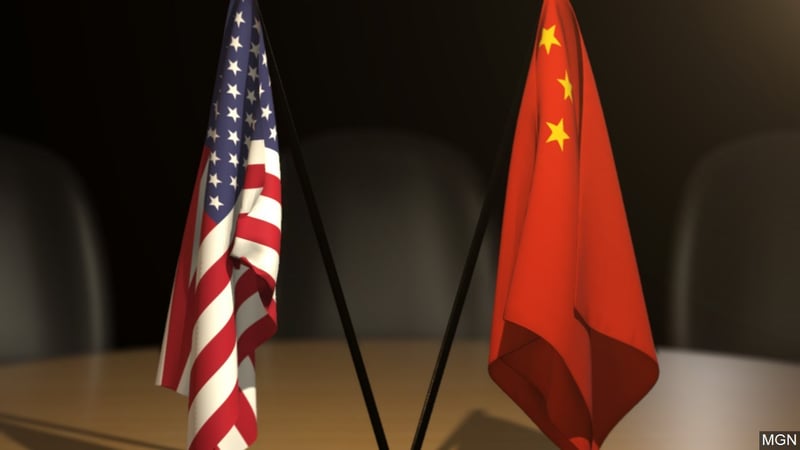 The US and China have reached a deal to partially ratchet down their trade war, ushering in a fragile detente in their economic relations after 20 months of on-and-off negotiations and tariff escalations that unsettled markets and damped global growth.

The agreement, according to the Wichita Business Journal, which was confirmed by officials in both Washington and Beijing on Friday, commits China to buying at least $40 billion of US agricultural goods annually, tightens protection for US intellectual property and bans the forced transfer of technology from US companies.

It also contains commitments on the Chinese side against competitive devaluations of its currency and measures to improve access to its market for US financial services groups. However, China did not make concessions on some of the biggest sources of strain in the bilateral relationship, such as its use of industrial subsidies and state-owned enterprises, as well as cybernetic, leaving those thorny issues to a later stage.

In exchange for those concessions, the US agreed not to proceed with a new escalation in levies on $156 billion of Chinese consumer goods planned for Sunday, and it will cut tariffs on $120bn of Chinese imports that were introduced in September to 7.5 per cent from 15 per cent. Washington is still maintaining 25 per cent tariffs on about half of all Chinese imports, worth about $250bn, which were introduced since the trade war began between the world’s two largest economies in March 2018.

The agreement still needs to be legally vetted and translated. It is expected to be signed in early January and take effect a month later. Assuming it holds, it marks the most significant de-escalation in trade tensions between Washington and Beijing since the tariff fight began.

“It’s going to ultimately lead to the opening of China, which is something that is incredible, because that’s a whole, big, untapped market of 1.5bn people,” Donald Trump, the US president, said, as he celebrated the agreement.

Robert Lighthizer, the US trade representative who had been leading the talks, said an “awful lot” of progress had been made, with “significant improvements” in major areas of the trade relationship. But he cautioned: “There are a lot of hard things left over . . . I’m not Pollyanna.”

Mr Lighthizer, who met with Mr Trump and the trade team on Thursday afternoon, said the deal was not finalized until Friday morning, when he got a call from the president instructing him to proceed. Although Mr Trump had said that a deal was “very close” on Thursday, US and Chinese officials were quiet about the budding agreement until a news conference in Beijing at around 11pm local time.

Officials in Beijing noted that the agreement was designed to boost confidence in global markets and would pave the way for more US services and products to enter China. But they offered fewer details of the agreement compared with the US side.

Chinese officials signaled further phased reductions of existing levies were also expected, although Mr Lighthizer insisted that this would depend on the implementation of the current agreement, and progress in future stages of the negotiations. Liao Min, vice-minister of finance, said that the US removing tariffs on Chinese goods remained Beijing’s “core” concern.

The “phase one” trade deal with China came in a big week for US trade, with Mr Trump also reaching an agreement with Nancy Pelosi, the Democratic House speaker, to allow ratification of the USMCA pact, which revises NAFTA, through Congress.

The timing was particularly propitious for Mr Trump politically, as the judiciary committee in the House of Representatives approved articles of impeachment against him, setting the stage for a vote on the charges by the full House before Christmas.

Although Mr Trump had already announced his intention to strike the limited “phase one” China deal in October, the negotiations to finalize the terms were hampered by differences over agriculture and tariffs, and complicated by tensions over Hong Kong and other divisions related to national security.

Whether the deal sticks will depend on whether the US and China honor their commitments. Mr Lighthizer said agricultural purchases from China would increase to at least $40bn annually, a $16bn increase compared with their level when Mr Trump took office in 2017, and well above their levels during the trade war. China had been resisting a firm numerical target on the grounds that purchases needed to comply with WTO rules and be driven by market forces.

“China will increase its purchase of quality American agricultural products that are competitive in the market,” said Ning Jizhe, vice-head of China’s state planner, the National Development and Reform Commission, adding that the specific figures would be released at a later date. The farm purchases are part of an overall package of Chinese purchases of US goods, including the manufacturing and energy sectors, worth $200 billion over the next two years, which was designed to reduce the bilateral trade deficit, Mr Lighthizer said.

Trade Secrets is the FT’s must-read daily briefing on the changing face of international trade and globalization.

Sign up here to understand which countries, companies and technologies are shaping the new global economy

Mr Lighthizer said that the two sides had agreed to enforce the deal through a system of consultations in the event that any party believes there has been a violation. If no settlement is reached, punitive measures such as tariffs or other trade restrictions could return.

The US has said it wants to begin the second stage of negotiations to tackle thornier issues with China before the 2020 presidential election, but some analysts have doubted that is likely.

US stocks struggled to hold on to their gains following the announcement, after reaching record intraday highs earlier on Friday. Government bonds staged a large turnaround and swung into positive territory as yields dropped.

Business groups cheered the deal, as did Hank Paulson, the former US Treasury secretary and former chief executive of Goldman Sachs.

“This is the first bilateral trade deal in 20 years — it was hard fought, hard won and long overdue,” Mr Paulson said. “It is an important one because of the immediate economic benefits it will drive and because it demonstrates to the citizens of both countries that their leaders can accomplish important things,” he said.

But China hawks were unhappy. “At first, President Trump seemed like the only president who would dare tackle this challenge; but now, according to reports, he has sold out for a temporary and unreliable promise from China to purchase some soybeans,” said Chuck Schumer, the top Democrat in the US Senate. “We’ve heard this song and dance from China before.”