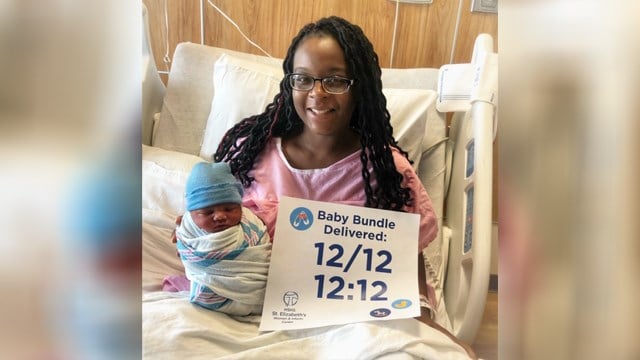 The last full moon of this decade wasn’t the only beautiful site to be seen this week.

Denarius was originally due on December 30 but "decided to come early for the numeric and lunar coincidence," the hospital said in a statement.

Mom didn't realize the date and time coincidence, but the hospital said the nursing staff did when they noted the birth information when the baby was delivered.