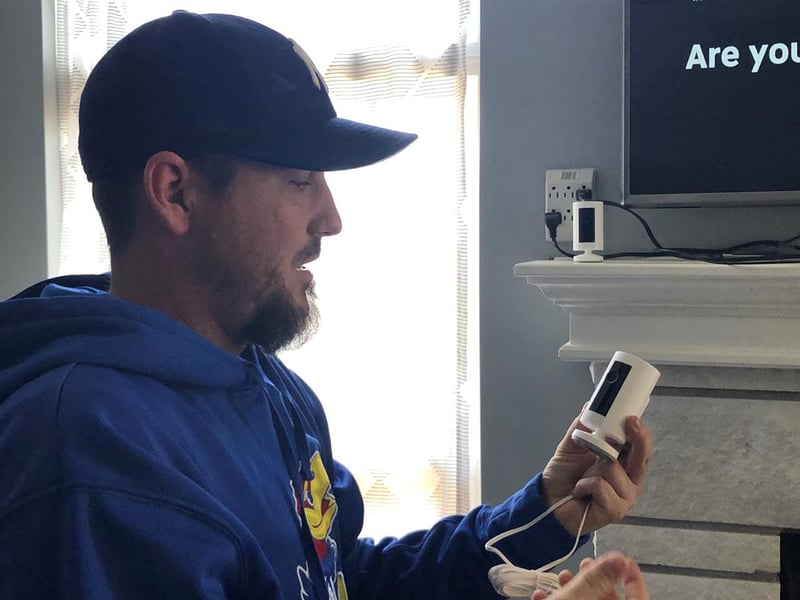 Jake Norris looks at one of the two Ring security cameras he unplugged after someone hacked into them. 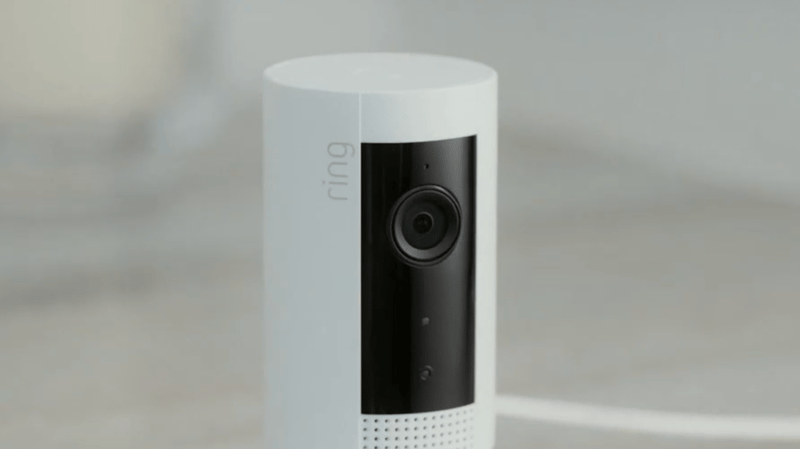 Families across the country are complaining about someone hacking into their interior Ring security cameras. 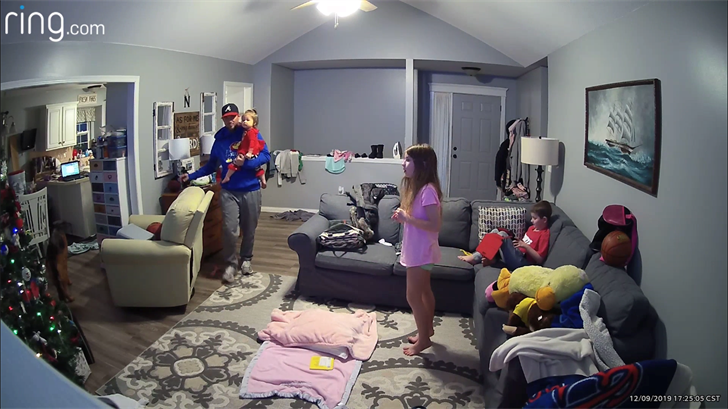 Jake Norris and his family as seen through the Ring security camera in his living room as he realized where the strange voice was coming from. 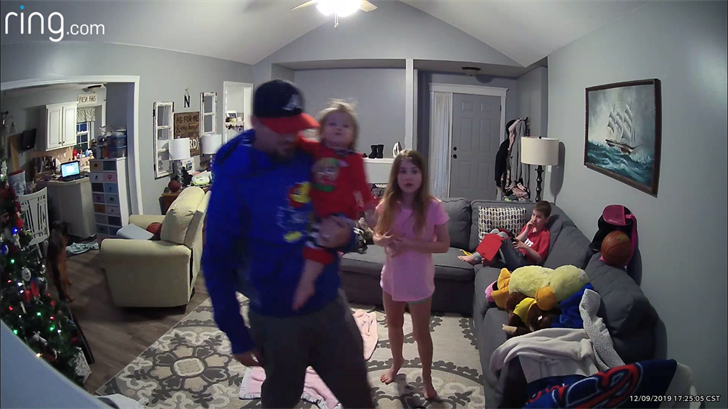 Jake Norris moving toward the Ring security camera in his living room to unplug it after realizing someone had hacked it.
WICHITA, Kan. (KAKE) -

Hacked. A family relaxing at home suddenly the subject of random comments on every move they make.

"Taking pictures of the baby?  Aw, sweet!" the voice says at one point in security camera footage from inside the home.

Then, a few minutes later, the male voice turns harsh.

"Did you hear that?" the young boy asks.

That's just one part of the Ring security footage Ashley and Jake Norris have saved from the incident.

"We're sitting here watching TV, hanging out as a family," Jake said.  "And someone's using it like a reality TV show or something."

That became the Norris' reality last week when someone hacked into their brand new Ring security cameras.

"My son was out here (in the living room) on his iPad and we started hearing kind of this muffled talking," Ashley said.

She says at first she thought it was just someone or something on her son's iPad making the noise, or maybe her husband playing a joke on them.  But then it happened again after Jake came home.

"We're looking at the Christmas tree and they start talking again," Jake said.

"That tree is looking really, really good, guys," the voice says in the security camera video.

That's when Jake figured out where the voice was coming from and immediately moved to unplug both of their cameras, in the upstairs living room and the downstairs family room.

In the video, you can see Jake moving to unplug the cameras and hear the voice arguing.

Then, he told them, he had their address, even sending them a pizza to prove he knew where they lived.

"Our daughter is still creeped out," Ashley said.  "She couldn't fall asleep that night and I've slept with her every night since because she's so scared."

That's when the Norris' decided to file a police report and Ashley warned her friends on Facebook.

Her post has since gotten more than 70,000 shares and counting.  It's also gotten a lot of responses from others who've had similar things happen to them around the country.

"A guy from Michigan did contact me on Facebook.  It happened to him. and he was asking questions," Jake said.

Neither expected the response they got online or in person.

"I was thinking one or two shares," Ashley laughed.

Stories like the Norris' are popping up all across the country.

In a written statement Ring said, "...we take the security of our devices seriously."  The statement went on to say, "Recently, we were made aware of an incident where malicious actors obtained some Ring users' account credentials from a separate, external, non-Ring service and reused them to log in to some Ring accounts."

Customer trust is important to us and we take the security of our devices seriously. Our security team has investigated this incident and we have no evidence of an unauthorized intrusion or compromise of Ring’s systems or network. Recently, we were made aware of an incident where malicious actors obtained some Ring users’ account credentials (e.g., username and password) from a separate, external, non-Ring service and reused them to log in to some Ring accounts. Unfortunately, when the same username and password is reused on multiple services, it’s possible for bad actors to gain access to many accounts.Upon learning of the incident, we took appropriate actions to promptly block bad actors from known affected Ring accounts and affected users have been contacted. Consumers should always practice good password hygiene and we encourage Ring customers to change their passwords and enable two-factor authentication.On background:

·         Enable Two-Factor Authentication: Enable two-factor authentication in the Ring app from the app’s account settings. This creates an extra layer of security. You’ll receive a unique code via text message to your phone whenever you or someone else attempts to log in to your Ring account.

·         Add Shared Users: Don’t provide your login information to others. If you want to share access to your Ring devices with other people, simply add them as a shared user.

·         Use Different Passwords For Each Account: By using different usernames and passwords on your various accounts, you reduce the risk that a malicious actor could reuse credentials compromised from another account to access your Ring account. A password manager allows you to conveniently store all of your passwords in a centralized vault on your computer and, if you wish, in the cloud. This means you only need to remember one password to unlock all of your passwords. All major browsers have built-in password managers, and there are also a variety of commercial providers that will permit you to synchronize your vaults between devices.

·         Create Strong Passwords: Create strong passwords with a mix of numbers, letters (both uppercase and lowercase), and symbols, and embrace long, non-dictionary based words or phrases. Try not to use sequential values in your passwords (123, abc, etc.). Even better, use a password generator to create a randomly generated, unique password for each account.

·         Regularly Update Your Passwords: It’s good practice to update your passwords every three to six months. Click here to learn how to change your password to your Ring account.·

Ring advises anyone with its cameras to install two-factor authentication and to use different passwords for each device for safety sake.

The Norris' say they feel their password was plenty safe and wish Ring had told them about the option for two-factor authentication when they first set the cameras up.

Now, though, they say they're done with internal security cameras entirely.

"I unplugged it and they've been sitting over there since," Jake said.  "We haven't turned it back on."