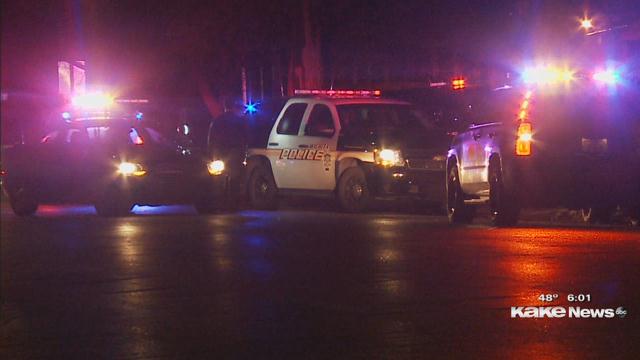 Wichita's police chief weighs in on the city's surge in homicides since the beginning of November.  It's a jump that is raising eyebrows and getting attention.
"You know, any homicide is too many," Chief Gordon Ramsay said.

After a promising start for the year Ramsay says homicides began to increase over the summer, suddenly spiking in the last few weeks.  Since November 1st Wichita has averaged about two homicides a week.

"It can get taxing on our staff," he said.  "Our men and women have been working very hard these last few weeks."

The spike is concentrated in the Patrol South and Patrol East beats, he said, while Patrol North and Patrol West are seeing falling homicide rates.  Ramsay says for the year overall criminal homicides remain down about 9% across the city, along with similar drops in rapes (6% down), robberies (22% down) and auto thefts (16% down).  The chief adds his team has made arrests in all but one of the eleven homicides since November 1st.

"Our clearance rate, the solve rate that we have is among the best in the nation," Ramsay said.  "So anything above 60% is good and we've been hovering at 80 to 90%."

He says there's no one cause but the killings often have several things in common, including drugs, gangs and repeat offenders.

The chief says the department is adding dozens of new officers after the new year, bringing the total to more than 700, the most the WPD has ever had.  Most of those additions, though, will be new recruits who will spend the first eight to nine months of the year in training before they can hit the streets.