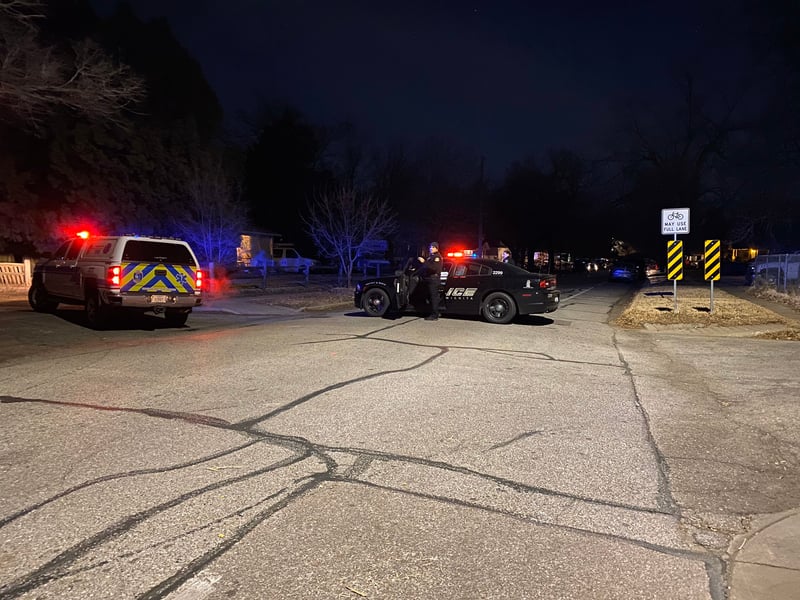 Police say a 32-year-old suspect was killed and another person critically injured in a south Wichita shooting that could be drug related.

Officers were called just after midnight Wednesday to a shooting in the 1800 block of South Topeka, near Funston. They arrived to find two men, ages 32 and 35, with critical injuries. Capt. Brent Allred said the 32-year-old man later died.

The investigation revealed that the 32-year-old suspect, who was armed with a handgun, went to the home and knocked on the door, and the 35-year-old resident wouldn't let the suspect man inside.

Allred said the shooting was not random and could be drug related. No names have been released.