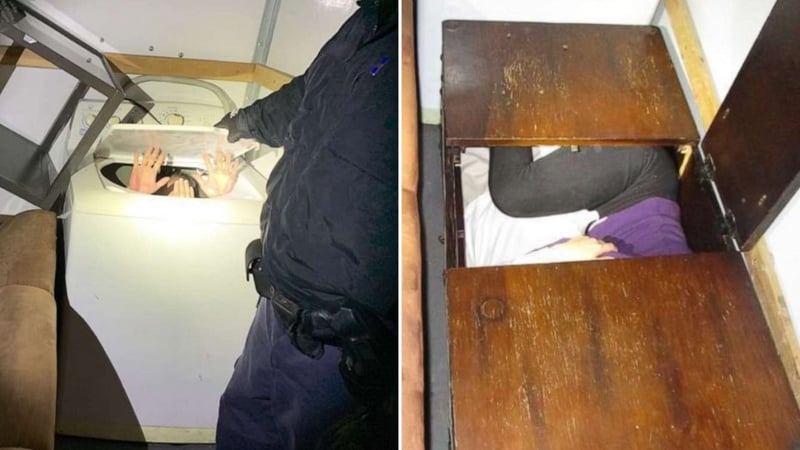 Federal agents have arrested the driver of a moving truck at the southern United States border after finding nearly a dozen Chinese migrants hiding inside furniture within the vehicle.

U.S. Customs and Border Patrol officers inspected the truck when it arrived on Saturday night at the San Ysidro Port of Entry in San Diego, California, attempting to cross over from Mexico.

As officers searched the contents of the vehicle, they discovered 11 migrants concealed within various pieces of furniture and appliances, including a wooden chest, a dresser and a washing machine, according to a press release from U.S. Customs and Border Patrol.

The driver, a 42-year-old U.S. citizen, was taken into custody and later transported to San Diego's Metropolitan Correctional Center to await criminal proceedings.

Federal authorities have placed an immigration hold on the 11 Chinese nationals for the pending criminal and immigration proceedings.

Pete Flores, director of field operations for the U.S. Customs and Border Patrol in San Diego, said he "cannot stress enough the dangers of smuggling people."

“These are human beings that smugglers subject to inhumane conditions that could have deadly consequences," Flores said in a statement Monday. "Fortunately, no one was seriously injured.”

Last month, officers at the same port of entry discovered six Chinese migrants concealed behind a false wall in another moving truck.

And in the United Kingdom in late October, 39 Vietnamese migrants were found dead in a refrigerated truck container that had traveled into England from Belgium.