WSU preparing to go up against former Shocker Austin Reaves 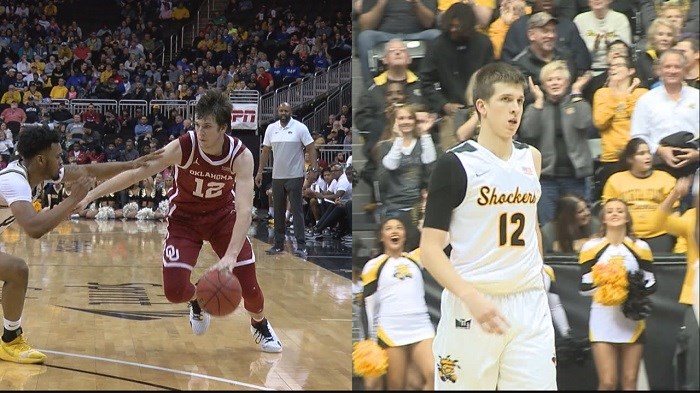 Wichita State plays Oklahoma inside Intrust Bank Arena on Saturday, and that means former Shocker Austin Reaves will play against his old team.

Reaves played at WSU for two seasons and then transferred to Oklahoma in 2018. After sitting for a year Reaves is now leading the Sooners in scoring, at 17.6 PPG.

Marshall said it will be strange to game-plan and go up against a player who played 66 games in a Shocker uniform.

"Yeah it's a little odd but he's on their team and he's wearing their colors," said Marshall. "He's just the opposition."

Last year OU beat WSU by 32, and after the game the Shockers called it an embarrassing loss that the program isn't known for.

"A lot of teams kind of laid it on us last year and it was not fun. I'm glad that they remember it. I'm certain they will remember it after tomorrow's video session, after we start breaking down the Sooners for them," said Marshall. "They're a good team. And we were just, just okay, I don't want to say terrible, we were close to bad if not bad at that point last year."

Marshall did give the 2018 squad credit for developing and drastically improving as the season went on.