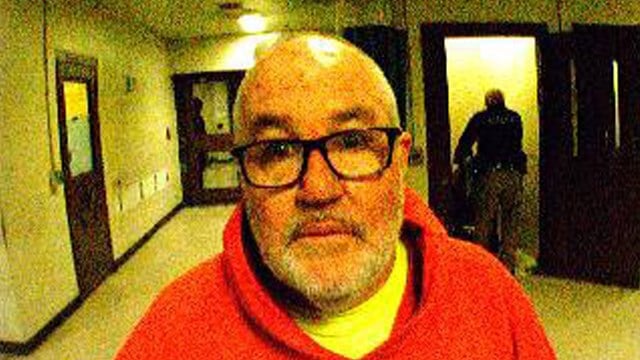 A Wichita man had sexually explicit photos and videos of a young girl on his phone when police arrested him for looking into a teenager's bedroom window, a newly released court document says.

Mark Lawson was charged last month with 11 counts of sexual exploitation of a child and misdemeanor counts of criminal trespass and breach of privacy. He remains jailed on $100,000 bond.

Wichita police arrested Lawson November 6 after a father caught him allegedly looking in his 15-year-old daughter's bedroom window on the southwest side of town. The teen's father told police his daughter heard noises outside her window. He confronted Lawson in the backyard and detained him until officers arrived.

The probable cause affidavit released Tuesday says that Lawson admitted he had looked in numerous windows, including the 15-year-old girl's, over the course of "an unknown number of years." The document says Lawson has prior cases of looking in teenagers' windows but he denied having an attraction to teens or children.

Lawson also denied taking any pictures or video during the November 6 incident, but a detective asked if he had any social media accounts. During interrogation, Lawson said he did have accounts on his phone that contained child pornographic images.

On the Likee app, detectives discovered a large number of chats with the different people, mostly juveniles. The affidavit sates Lawson pretended to  be 13 years old, would ask girls to play "truth or dare" and would ask questions of an "increasingly sexualized nature" if they responded.

The document states that during the month of October, Lawson received numerous sexually explicit pictures and videos from a 10-year-old girl from New York state via the Likee app. It also says he solicited the content from her after asking her to play "truth or dare."

The girl stated at least five times in chat messages that she was 10 years old. The New York State Police were contacted to follow up with the victim.

Lawson also told an investigator that he had an account on the Kik app, but the company deactivated his account.