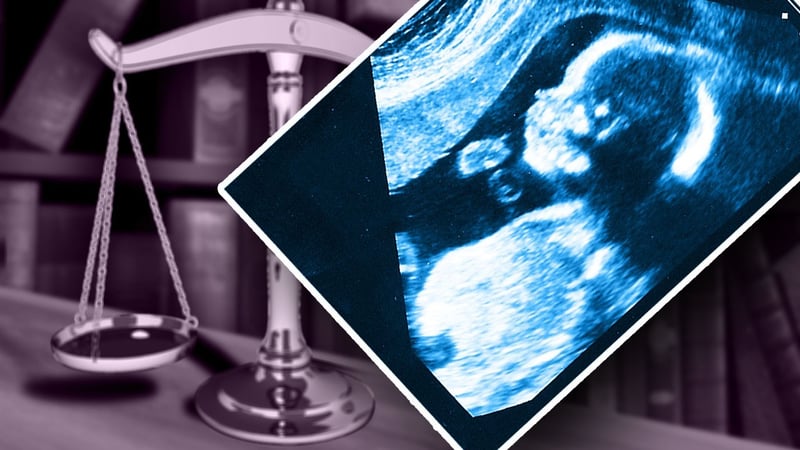 The Supreme Court on Monday rejected a challenge to a Kentucky law requiring doctors to describe ultrasound images and play fetal heartbeat sound to abortion seekers.

Kentucky argued the law is "simple and straightforward," calling it part of an" informed-consent process." The law, Kentucky said, "does nothing more than require that women who are considering an abortion be provided with information that is truthful, non-misleading and relevant to their decision of whether to have an abortion."

The court rejected the case without comment or noted dissent by any of the justices.

Challengers, including an abortion clinic, argued that the law forced patients to see the images even if she didn't want to, and that it violated doctors' First Amendment rights.

The law had been upheld by the 6th US Circuit Court of Appeals, but that ruling was on hold pending the Supreme Court appeal.

"As a First Amendment matter, there is nothing suspect with a State's requiring a doctor, before performing an abortion, to make truthful, non-misleading factual disclosures, relevant to informed consent, even if those disclosures relate to unborn life and have the effect of persuading the patient not to have an abortion," the appeals court held in its ruling.

Civil rights groups blasted the court's decision not to take up the challenge.

"By refusing to review the 6th Circuit's ruling, the Supreme Court has rubber-stamped extreme political interference in the doctor-patient relationship," said Alexa Kolbi-Molinas, senior staff attorney at the ACLU Reproductive Freedom Project. "This law is not only unconstitutional, but as leading medical experts and ethicists explained, deeply unethical."

The Kentucky denial comes as the landmark 1973 Roe v. Wade ruling that legalized abortion in the US is facing multiple challenges in lower courts.

"Although this case is abortion-related, the plaintiffs' challenge was that the law violated the free speech rights of the doctors, as opposed to the abortion rights of the patients," said Steve Vladeck, CNN Supreme Court analyst and professor at the University of Texas School of Law.

"In that regard, although many find the Kentucky law offensive, it doesn't implicate the same fundamental questions about the continuing scope of the right to choose that the justices identified in Roe as other cases already on the court's docket this term and coming down the pipeline," Vladeck added.

Later this term, the justices are set to consider a separate Louisiana law that requires doctors to obtain admitting privileges from a nearby hospital. The justices in 2016 struck down a similar law from Texas, which had led to clinic closures. The court majority said the law put an unconstitutional burden on women seeking abortion.

It will be the first abortion case that will be argued since Justice Brett Kavanaugh and Neil Gorsuch joined the bench, solidifying a conservative majority.