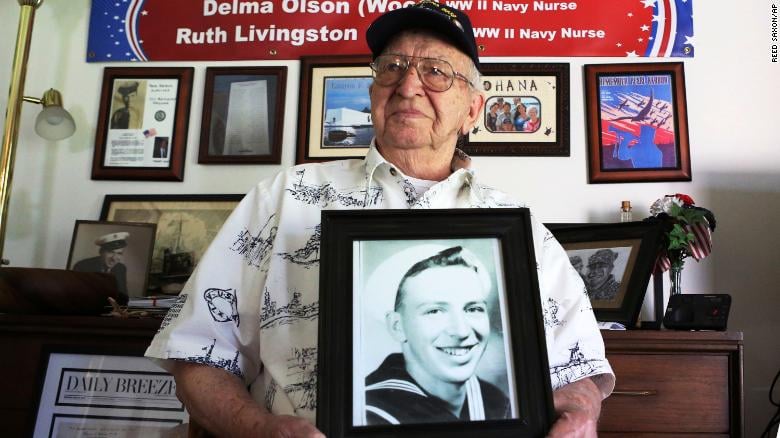 A World War II veteran who was the second-to-last man to escape the USS Arizona during the Japanese attack on Pearl Harbor was interred on the ship's wreckage on Saturday.

The interment ceremony took place place at sunset at the USS Arizona Memorial in Honolulu, Hawaii.

Divers will place the urn containing Bruner's ashes inside the well of the barbette on gun turret No. 4. The ceremony included a rifle salute, flag presentation, and plaque presentation in honor of the veteran. A barbette is an armored structure protecting a gun turret on a warship.