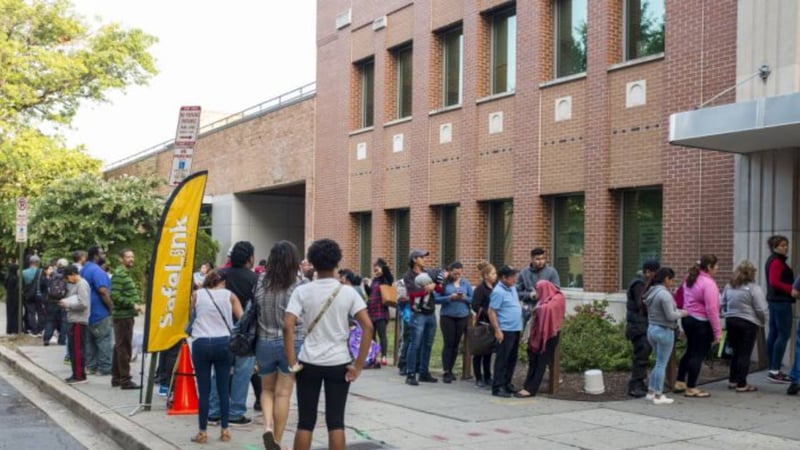 As the U.S. economy added far more jobs than expected in November and the unemployment rate fell to 3.5%, a 50-year low, the head of the U.S. Department of Agriculture (USDA) used the positive jobs report to push President Trump's controversial plan to cut food stamp benefits for those who are not impaired and physically able to work.

“Today’s jobs report is further proof that now in the midst of the strongest economy in a generation, we need everyone who can work, to work,” said Secretary of Agriculture Sonny Perdue in a statement on Friday. “We need to encourage people by giving them a helping hand but not allowing it to become an indefinitely giving hand.”

The Trump administration's plan, published on Wednesday, proposes tightening requirements for the Supplemental Nutrition Assistance Program (SNAP). It could cut 688,000 able-bodied adults with no dependents from food stamps, according to the agency’s latest estimate. Right now, over 36 million Americans receive SNAP benefits.

To be eligible for the SNAP program, adults need to work 20 hours per week to receive over three months of benefits within a three-year span. That requirement is waived in states that have high unemployment numbers. The new proposed rule will require states to adopt narrower criteria to waive the work requirement, stating waivers only apply to areas with an unemployment rate exceeding 10% or a lack of sufficient jobs.

The narrowing qualifications for the food stamp program are part of the administration's effort to limit access to the federal food welfare program, with two others in the works, that aim to cut $4.5 billion in funds from SNAP over the next five years.

The November jobs report shows that the labor-force participation rate dropped to 63.2% after hitting a six-year high in October. The share of workers in their prime working years (between the ages of 25 and 54) with a job held steady from last month.

The data shows prime-age employment rate hasn’t grown much in 2019 and is still below the peak in the early 2000's. The periods of economic expansion in the past two decades haven't been strong enough to offset the decline in demand for workers during recessions, according to Indeed Hiring Lab research director Nick Bunker.

While the USDA argues the changes could move more able-bodied adults ages 18 to 49 who currently receive SNAP benefits “towards self-sufficiency and into employment”, some lawmakers and nonprofits are concerned the way it tightens eligibility requirements for individuals could make the struggles for millions of low-income groups even more difficult.

Yahoo News reports that the new rule is set to take effect on April 1, 2020. If a recession should hit next year, after the 10-year economic expansion, it could present more uncertainty for those seeking employment.

“In a strong and growing labor market, recipients of programs like SNAP might be able to find a job fairly quickly. But if the economy heads into a recession, these people will very likely find getting a job quite difficult,” said Bunker.