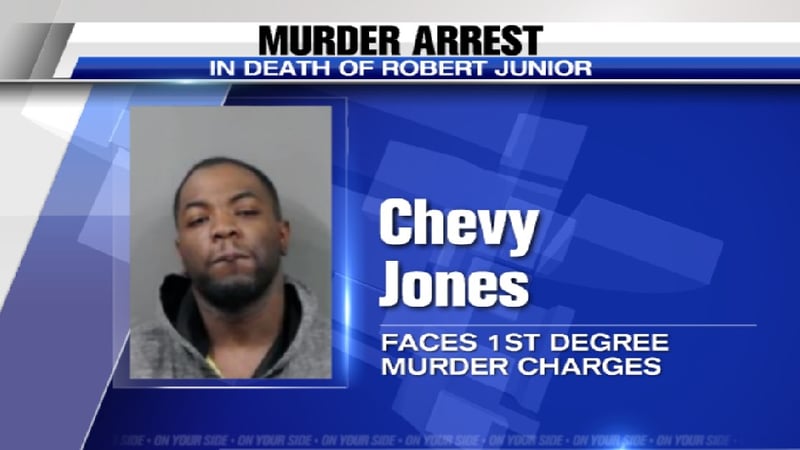 Junior died from his injuries after a shooting Tuesday, December 3, near Pawnee and Rock Road. Officers responding to an unknown call for EMS in the 8500 block of E Parkmont found Junior with gunshot wounds inside the home. Junior was taken to a hospital, where he later died, and police have now arrested the suspected shooter.

Police stated officers saw Jones get into a car at an apartment complex parking lot in the 2600 block of S Topeka at around 5:10 Friday afternoon. Investigators had been trying to find Jones in connection to Junior's death and other outstanding warrants. Officers reportedly approached Jones to arrest him, but Jones tried to speed off and crashed into a squad car.

Jones reportedly ran away from the vehicle and into the Walmart at Pawnee and Broadway, and officers arrested him inside the store. Police stated Jones was armed with a handgun and appeared to have taken narcotics. He was treated and released from a hospital, and Jones now faces charges including first-degree murder, aggravated battery, criminal possession of a firearm, obstruct, and outstanding warrants.