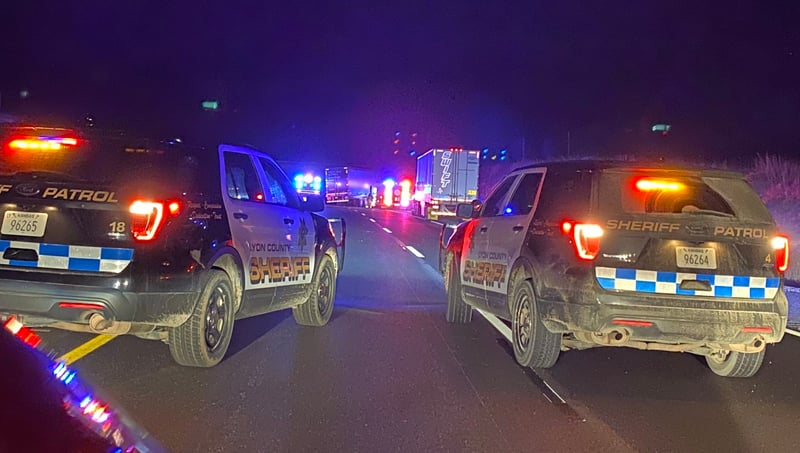 One person is hurt after a crash on the Kansas Turnpike overnight.

The incident happened around midnight, south of Emporia on I-35. The driver of a semi-truck was heading south-bound. He drove off the right shoulder and lost control, bringing the vehicle back onto the roadway. It jackknifed into a guard rail, according to an incident report.

A Kansas Highway Patrol trooper tells KAKE News that a second car came along and ran into the crashed semi. The driver of the car was taken to a Wichita hospital for treatment. There were no other significant injuries reported in this crash.

The incident did slow down traffic on the highway for hours. Crews have cleared the scene, though they are still investigating the incident.