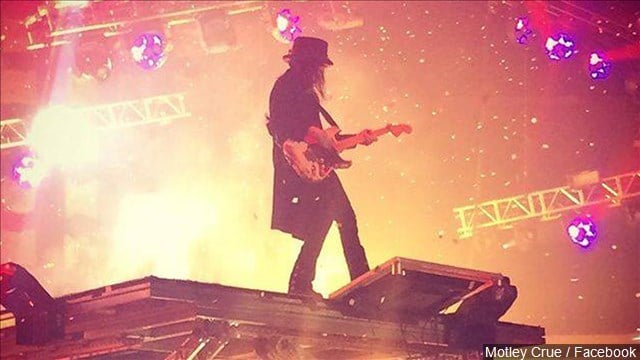 The rock legends will perform at Kaufman Stadium on June 23, 2020, and tickets go on sale January 10.

Mötley Crüe said on Twitter that due to record-breaking sales for the upcoming stadium tour, seven additional dates were added. In addition to Kansas City, the others include San Antonio, St. Louis, Minneapolis, Nashville, Cincinnati and Cleveland.

Some of the 80s biggest rockers are going on tour.

Mötley Crüe and Def Leppard announced Thursday their 2020 tour with Poison and Joan Jett and the Blackhearts kicks off July 7 in Miami Gardens, Florida. It wraps up September 5 in Inglewood, California.

We are heading out on tour with @DefLeppard and special guests @Poison and @joanjett & the Blackhearts! Presales start 12/10 at 10am local, general onsale starts on 12/13!
Get more info here: https://t.co/JDE58U02za #TheStadiumTour pic.twitter.com/IvJtYF2fpf

The tour won't stop in Kansas. The closest show will be in at Coors Field in Denver on August 30.