This baby is not feeling it during her newborn photo session 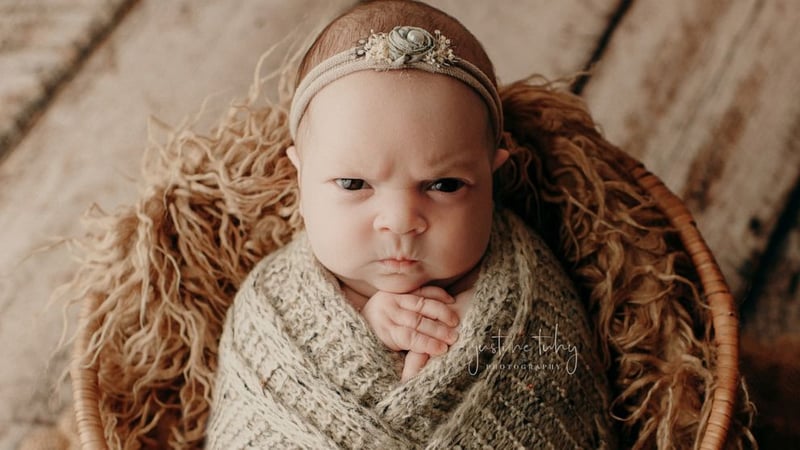 Most babies sleep peacefully and appear angelic during their newborn photo shoots.

Others like Luna Musa give a full mood described by her dad as "mean-mugging." 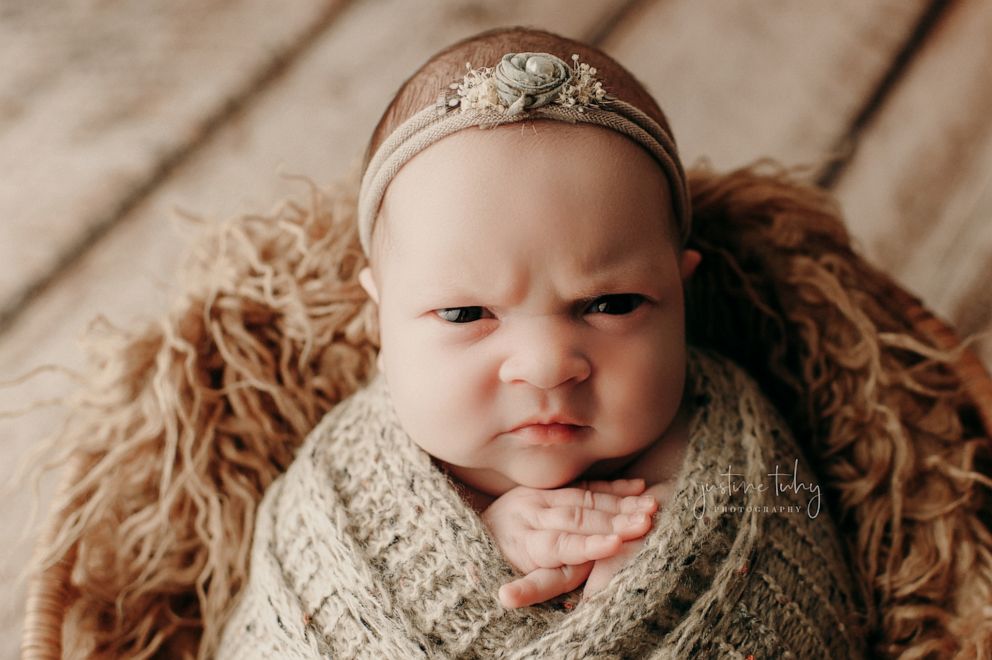 "She’s been mean-mugging since day one," Christian Musa said of his daughter, born Nov. 15. "She’s either mean-mugging non-stop, or just unimpressed."

Luna was the subject of a 90-minute photo shoot on Monday during which she was both awake and peaceful the whole time, despite her expressions, according to photographer Justine Tuhy. 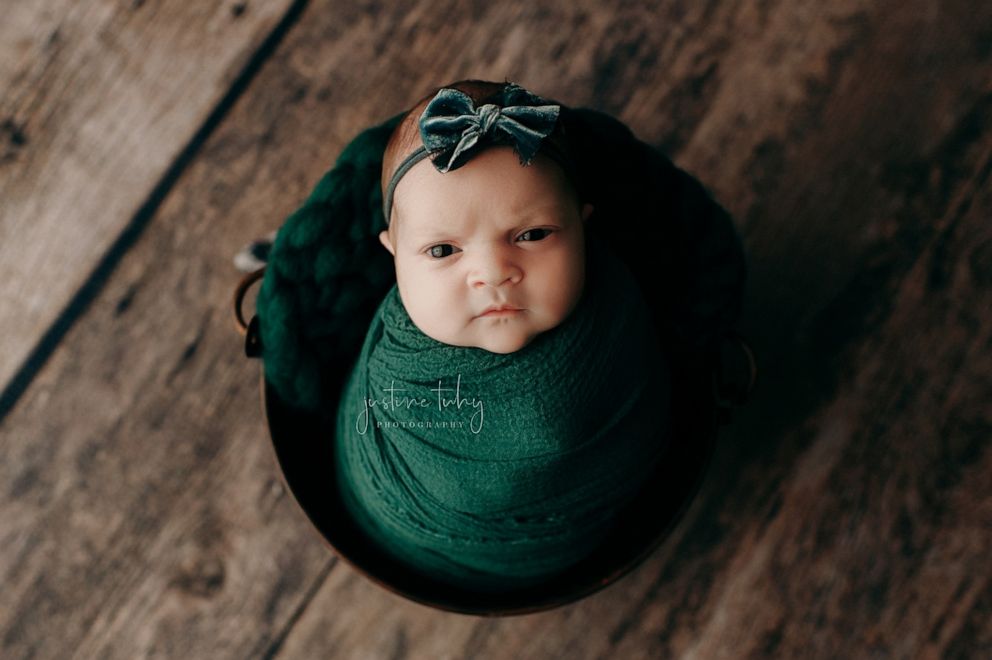 "I always wonder when they’re that awake, ‘What are they thinking exactly? Do you love this or majorly dislike it?,'" she added. 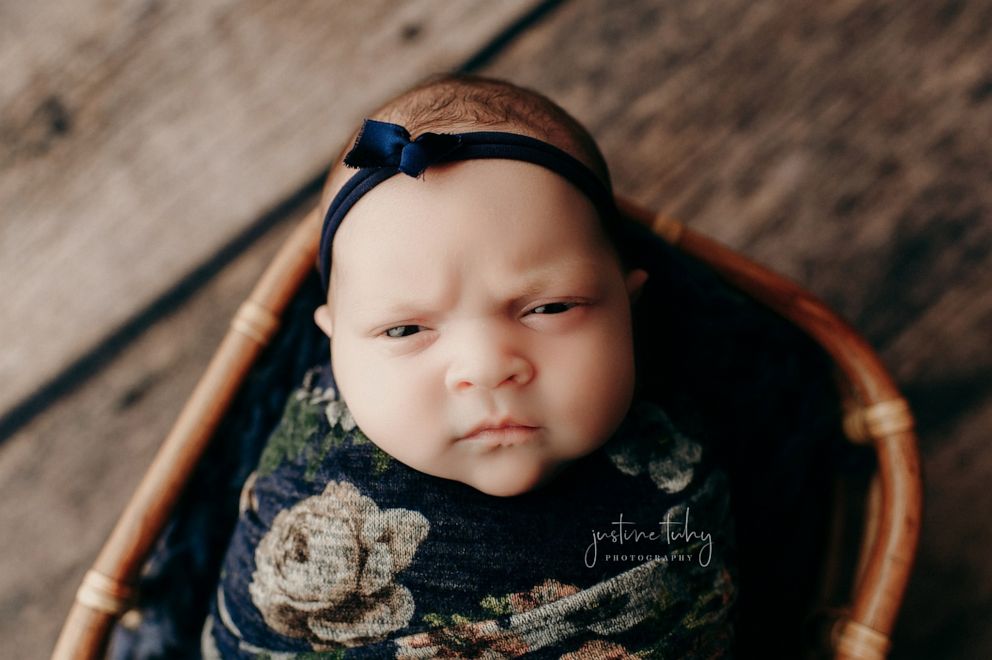 Musa said he and his wife Lori, of Westerville, Ohio, were taking advantage of the time during the photo shoot to rest while Tuhy took care of their first child. They got a good laugh, he said, when she sent them a first look at the photos from the shoot.

"I used to do a mean-mug [face] in my office as a joke with my colleagues," he said. "Now instead of having that weird face, I just have my phone with a photo of Luna on it." 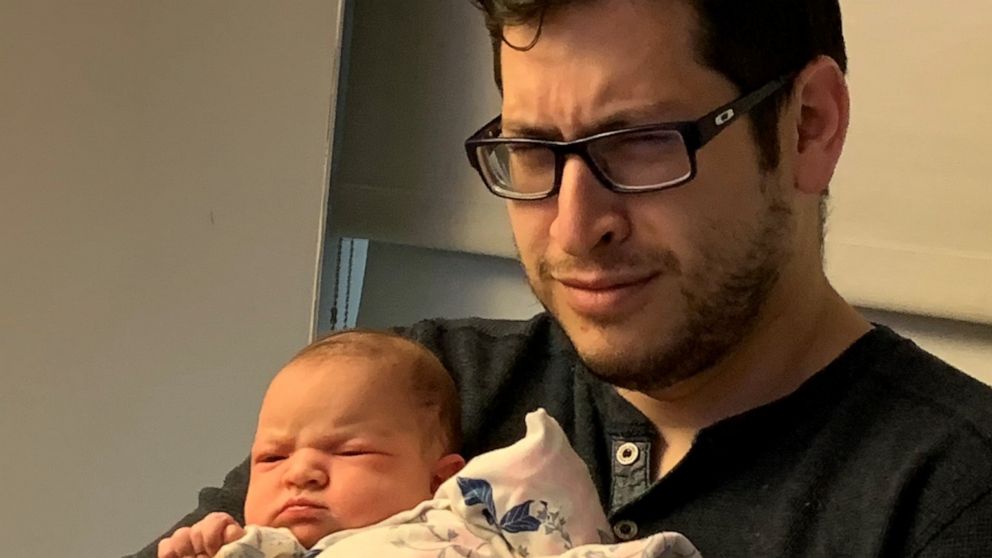 Luna's mean-mug became famous when Tuhy shared photos of her on Facebook. Tens of thousands of people have commented on the photos, with many sharing photos of funny faces their own children have made.

(MORE: Shawn Johnson shares one of her 'all time favorite videos' from right after her newborn was born)

"What we thought was funny was my sister-in-law texted us and said, 'One of my patients came over and told me to look at this cute baby and I was like, 'That’s my niece,'" Musa said about his daughter's viral fame. "We've seen her face on 'Game of Thrones' characters, Baby Yoda, everywhere." 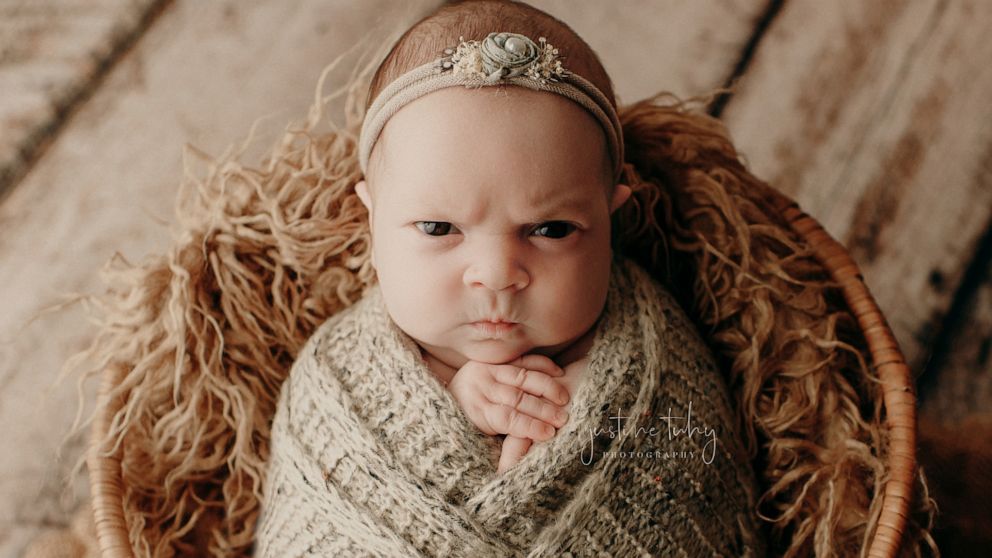 Tuhy said she 's enjoyed seeing baby Luna bring so much joy to other people.

"All I was doing was my job. Miss Luna did all the incredible work with her silly facial expressions," she said. "I'm super blessed to have captured this special moment for the family that they can cherish forever."