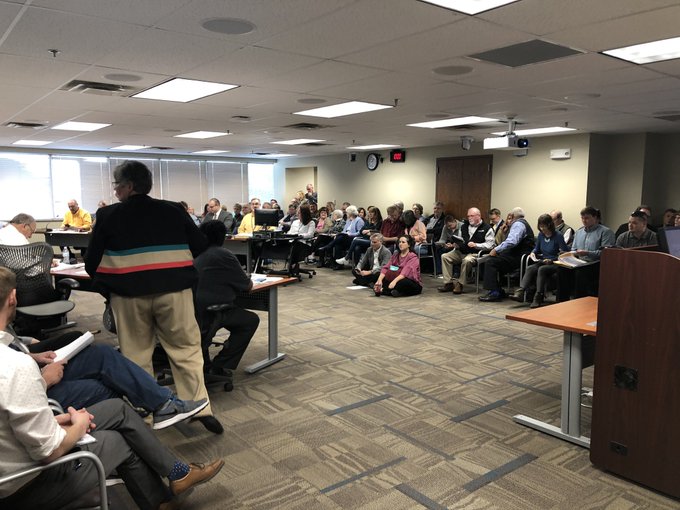 Wichitans who live near 37th and Woodlawn are saying "not in my neighborhood" about a proposed event center.  Thursday they had a chance ask the Metropolitan Area Planning Commission to stop the development before it begins.

Developers Levi Bond and Jake Hartman want to build what they call a wedding venue on the property along 37th St.  The location backs up to natural wetlands and is surrounded by residential neighborhoods.

Hartman told the commission it was the natural beauty of the area that gave them the idea of turning it into an event center to host weddings and receptions.

But those who live in the surrounding neighborhoods have been organizing against the development for weeks now.  They crowded into the board meeting Thursday afternoon until it was standing room only.

Opponents raised concerns about everything from property values to noise pollution and flooding risks.

While most asked the board to stop the proposal,  two speakers surprised their neighbors saying they support the development.  They told the board they believe it would actually lower the risk of flooding because of the city's updated, stricter flood plain control design standards.

In the end the board approved the rezoning request, but with additional limits on what the developers can do.

Bond told them he and his partner plan to do everything they can to be good neighbors.

The fight against the event center isn't over, however.  Opponents now have 14 days to file a complaint with the city before the re-zoning request goes before the entire city council sometime in January.