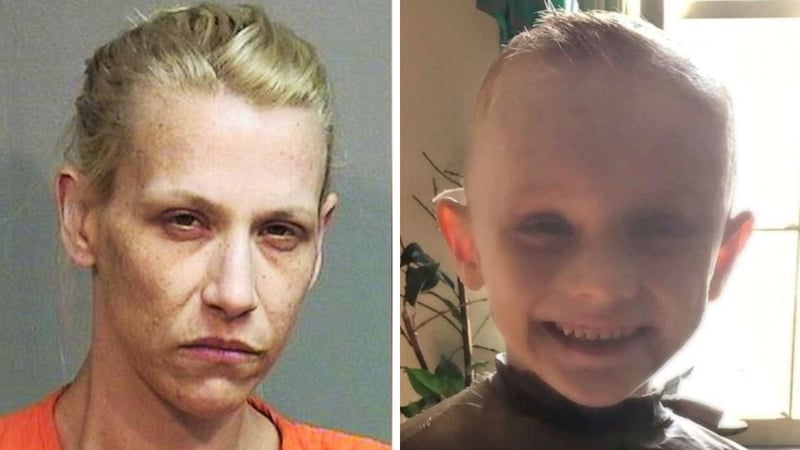 An Illinois mother has pleaded guilty to murder for her role in the beating death of her 5-year-old son, prosecutors said Thursday.

Joanne Cunningham and Andrew "Drew" Freund Sr. were both charged with murder for the death of their son, Andrew "AJ" Freund, whose body was found in a shallow grave in April.

Cunningham pleaded guilty on Thursday and faces between 20 and 60 years in prison, according to a statement from the office of McHenry County State's Attorney Patrick Kenneally. She will not be eligible for parole and must serve all of her sentence, prosecutors said.

After Freund was arrested, he told authorities that when AJ "lied about soiled underwear," the 5-year-old "was subjected to a cold shower," according to court documents.

After being in the shower for about 20 minutes, Freund said he "put AJ to bed 'cold, wet, and naked,'" the affidavit said

Freund said Cunningham checked on her son at their Crystal Lake home and "that was when she got Drew and she used Drew's phone to search for child CPR," the document said.

"Drew advised at some point that he believed that AJ had died," according to the affidavit. "Drew said the next day he took AJ's body to the basement and stored him in a tote."

AJ was reported missing by his mother the following day and his body was found 6 days later, on April 24. The little boy died from head trauma due to multiple blunt force injuries, according to the McHenry County coroner's office.

It is "too early to say" if Cunningham will testify against Freund at his trial, Kenneally told reporters on Thursday.