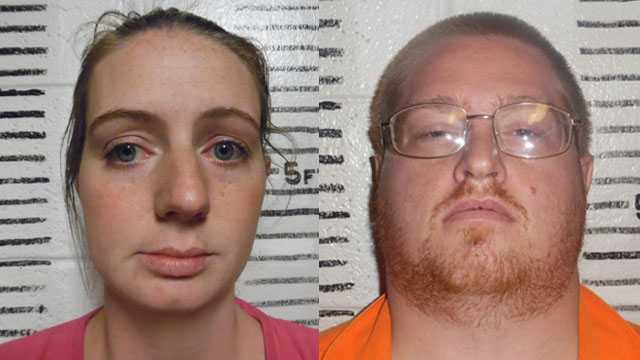 An Oklahoma couple will spend the rest of their lives in prison without the possibility of parole after being convicted of a series of child abuse crimes.

Warning: the details in this story could be considered by some readers to be disturbing

Gerrad Coddington, 25, and his wife, Christina Nelson-Coddington, 30, were sentenced Monday for 29 counts that include rape, incest, child abuse, manufacturing child pornography and lewd acts with a minor, KOCO reports.

State Attorney General Mike Hunter called the facts of the case utterly appalling and hopes the sentence will send a strong message to those who consider committing these types of crimes.

“These two individuals engaged in horrifying acts of abuse and violence with innocent children,” Hunter said. “These are evil people who presented a danger to society. I commend Judge Edwards’ decision to hold them accountable to the fullest extent of the law. I applaud the investigators with the National Center for Missing and Exploited Children, the investigator in my office with the Internet Crimes Against Children Task Force and the attorneys who worked on this case to achieve a successful result.”

The investigation generated over 6,000 pages of communication between the couple and tens of thousands of photos and videos. The state presented evidence that showed underage victims were beaten, handcuffed and raped.

Authorities said evidence was also uncovered that both defendants had conspired to commit incest with his unborn child.

The investigation was launched after the National Center for Missing and Exploited Children provided a tip containing information that the couple allegedly shared a pornographic photo of a minor on social media.