Never tell them the odds.

With time running out, a hospice facility in England managed to secure a special advance screening of "The Rise of Skywalker" for one of its patients, a dying Star Wars fan they said would not live to see the film's December 20 release date.

The patient, who is choosing to remain anonymous, was able to watch the film Friday morning thanks to some behind-the-scenes mountain-moving by Disney CEO Bob Iger.

"I just want to say the biggest thank you to everyone that has helped to make this happen. During what is just a horrible situation to be in, you have helped to make some wonderful memories and bring some joy to my family,” the man said in a statement. "I am a huge Star Wars fan, and what I am going through is completely dire. Then to top it all, I thought I wasn’t going to see the film I have been waiting to see since 1977! I still can’t believe it.” 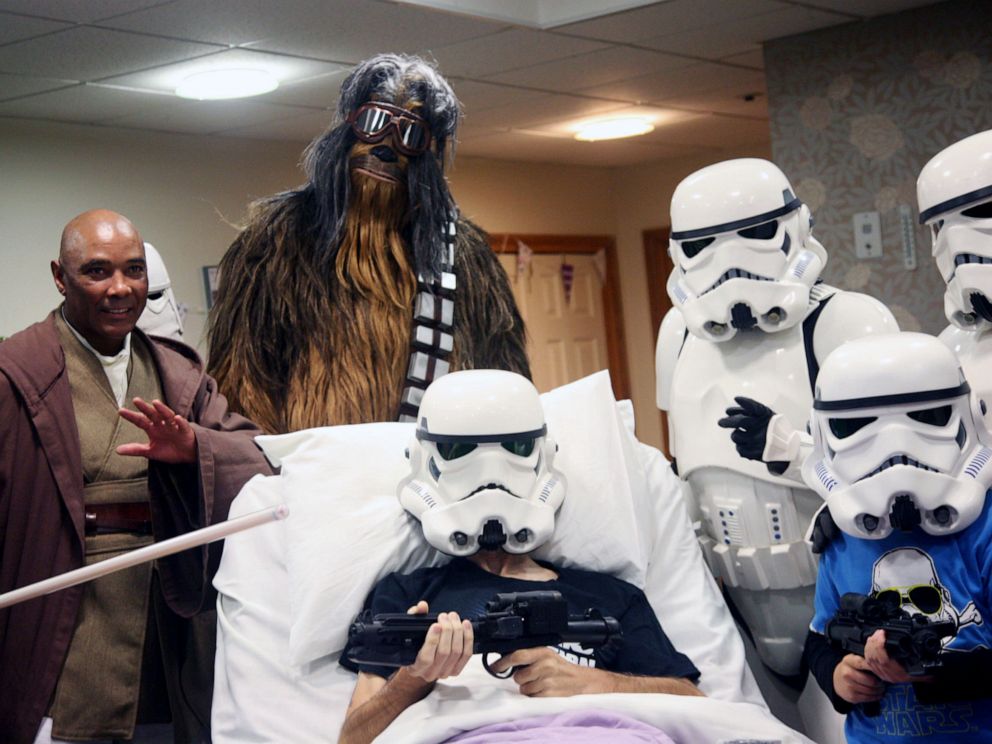 The hospice released a photo of the man and his son wearing Stormtrooper helmets and holding blasters, surrounded by fellow costumed Star Wars fans.

This morning, a very nice man named Jonathan from Disney turned up at our Hospice with a laptop that had a very important movie on it. Our amazing patient has now seen #StarWars #RiseofSkywalker with his son ??

Hospice employee Lisa Davies brought the patient’s wish to the attention of the staff. Over several days, the hospice used Twitter to get the attention of many people connected to Star Wars, including Luke Skywalker actor Mark Hamill. The request eventually made its way to Iger, who granted the wish.

“On this Thanksgiving, we at Disney are grateful to share The Rise of Skywalker with a patient and his family,” Iger tweeted Thursday.

On this Thanksgiving, we at @Disney are grateful to be able to share #TheRiseOfSkywalker with a patient and his family @RowansHospice. May the force be with you and with us all!

A day later, the final chapter of the Skywalker saga made its way to the front doors of the hospice.

“This morning, a very nice man named Jonathan from Disney turned up at our hospice with a laptop that had a very important movie on it,” the hospice tweeted along with a photo. 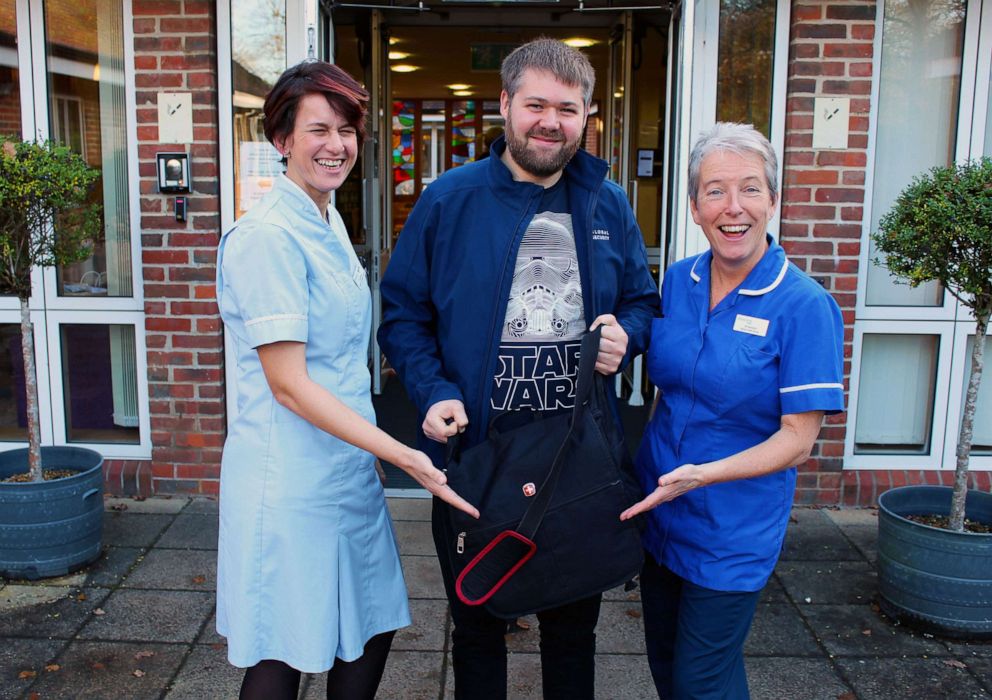 “I am utterly speechless about what has happened. We cannot thank Disney enough for helping us to fulfill our patient's wish,” Davies said.

The patient’s wife called the response to her husband’s wish "mind-blowing."

“The massive Star Wars community has been incredible. The amazing people who have visited, along with the messages and gifts we have received, have provided us with an opportunity to talk to our son more about the reality of his Dad’s condition.”

Star Wars is owned by Disney, the parent company of ABC News.