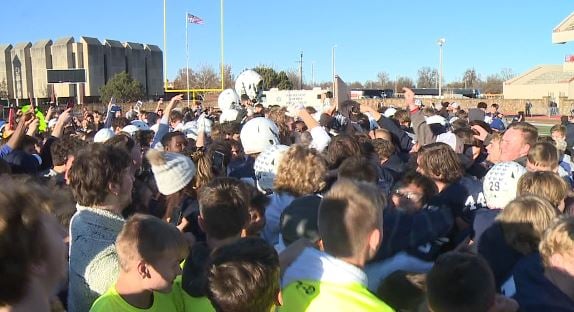 The Northwest bid to bring a championship back to Wichita fell short on Saturday in Topeka.

Mill Valley's Cooper Marsh found the end zone four times on the ground. The Jaguars jumped out to a 21-7 lead and held off a late rally by the Grizzlies to win 40-31.

"This is a resilient group they busted their butt that's why we put in all of the hours that we do," Northwest head coach Steve Martin said. "Ultimately the things that killed us were things that we talked about all year. Dumb penalties at the wrong time and turnovers. We had two early ones that spotted them the 21 to 7 seven score. You can't do it against a well coached team and a team like them. at the end of the day they made less mistakes. If you go back and look at the stat sheet we killed ourselves on drives."