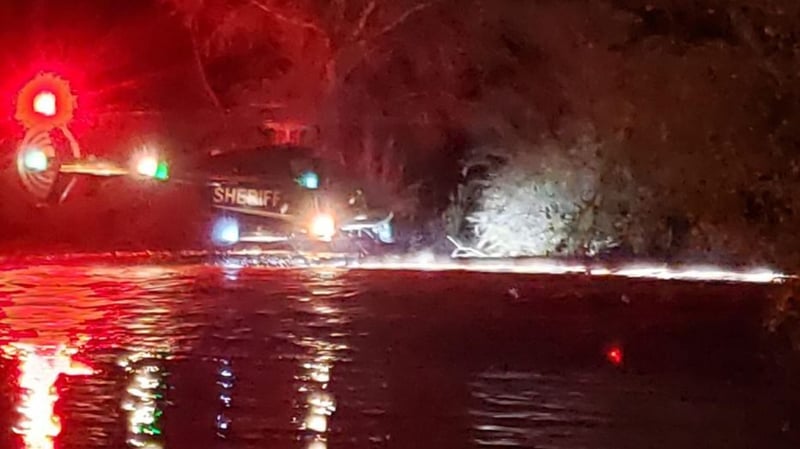 A 5-year-old boy’s body was found Saturday, but two young children remained missing after a truck they were in was swept away while attempting to cross a runoff-swollen creek in the Tonto National Forest in Arizona.

Gila County sheriff’s Lt. Virgil Dodd said the boy’s body was found about 3 miles (4.8 kilometers) downstream and that the search continued for the other two missing children.

The Gila County Sheriff’s Office said emergency personnel and law enforcement helicopters on Friday rescued two adults and two children who also were in the military-style truck swept downstream in Tonto Creek near the small community of Tonto Basin.

Sheriff’s officials previously said a total of six people, including four children, were rescued Friday at locations along the creek.

The people in the truck didn’t live locally, Dodd said, but he didn’t know the relationship between the adults and the children.

Rescue teams from multiple agencies participated as the search continued Saturday, and authorities brought in a bulldozer to pull the truck from the creek bed.

Adverse conditions included heavy brush and slippery mud along the creek and frigid water from snowmelt, but officials said they remained hopeful.

“That’s why we’re trying to do our very best out there today in hopes that we can get the children to safety,” said sheriff’s Lt. Virgil Dodd. “It’s really important that we find these kids and get them to safety.”

Tonto Basin is about 52 miles (83 kilometers) northeast of Phoenix.

The Sheriff’s Office announced Friday morning on Facebook that it was closing the crossing and two others, and Dodd said Saturday that barricades and warning signs were posted at the crossing.

“We have no information as to why they were trying to cross the creek,” Dodd said. “We think everybody was in the cab at the time.”

“Searchers found the truck about 1,000 yards (around 914 meters) downstream from the crossing Friday night,” Dodd said. “There was nobody in the truck.”

A National Weather Service meteorologist said the agency issued a flood warning for the region that includes the Tonto Basin area at 8:53 a.m. Friday based on data from an upstream flooding gauge.

NWS Meteorologist Sean Benedict in Phoenix estimated that up to 2 inches (5 centimeters) of rain fell in the vicinity area, with some of the runoff coming from snow that fell on nearby peaks.

The region got up to 4 inches (10 centimeters) of rain about a week before, Benedict said. “So the grounds were already pretty wet and that probably helped with the runoff.”