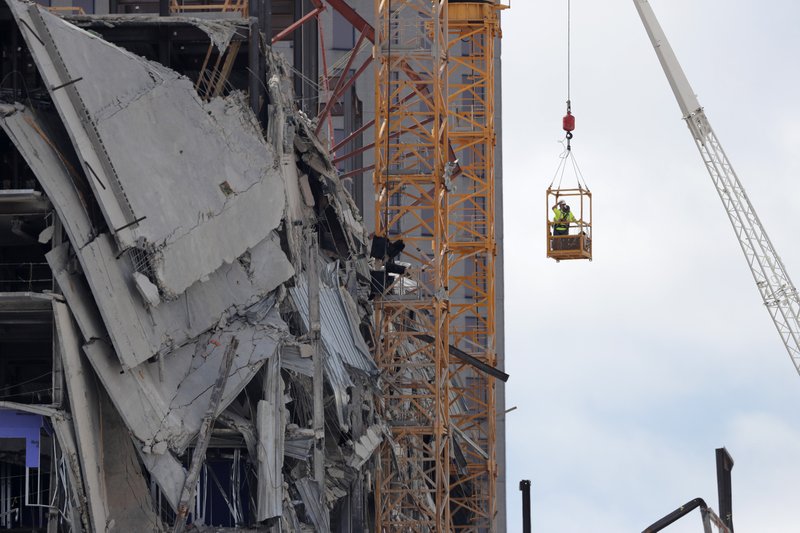 A worker injured in the Hard Rock Hotel collapse last month was deported Friday, something his lawyers say is the result of him claiming unsafe conditions at the construction site.

Delmer Ramirez Palma, a Honduran national, was one of more than a dozen workers who were injured at the construction site on October 12. At least two people were killed.

Two separate letters from a state agency investigating the collapse and Ramirez Palma's attorney say he was very vocal about alleged faulty work conditions on the Hard Rock site, which they believe are connected to Ramirez Palma's deportation back to Honduras.

Two cranes were toppled at the Hard Rock Hotel in New Orleans. The next step is searching for bodies

US Immigration and Customs Enforcement said the deportation was already underway before the hotel collapse.

"Claims that Mr. Ramirez Palma's removal was connected to media statements are patently false and irresponsible," said Bryan Cox, a spokesman for the US Immigration and Customs Enforcement. "Mr. Ramirez Palma's latest application for a stay of removal had already been denied by ICE on October 3, more than a week prior to the incident cited by his supporters."

Ramirez Palma's deportation order was given in February 2016 and the appeal was dismissed in November 2018, said Homero Lopez, his immigration lawyer.

"He had to go to a checkup on November 1st to present evidence that he had the necessary documents to travel, which he had," Lopez wrote in an email to CNN. "He had a valid passport which he brought with himself when he was arrested."

This incident may cause other potential whistleblowers to remain silent, the New Orleans Workers' Center for Racial Justice said in a statement

"Delmer Joel Ramirez Palma's deportation leaves every one of us less safe," the statement read. "The next time a building collapses, we will wonder if it could have been prevented if our federal agencies had prioritized answers and accountability for the survivors of the Hard Rock ... This is a shocking dereliction of the federal government's responsibility for worker safety that should concern every American."

CNN has attempted to reach out to Ramirez Palma's employers, Rey Co., Inc. and King Co., but has not heard back.

Ramirez Palma worked on the Hard Rock site for three months before it collapsed, according to a complaint filed on November 21 with the US Department of Labor by his attorney, Mary Yanik of the New Orleans Workers' Center for Racial Justice.

"Mr. Ramirez Palma repeatedly raised safety concerns to the supervisors and had a reputation for speaking up about safety issues on the work site," Yanik wrote in the complaint.

His supervisors told him "if he didn't want to do the work, then they would find others to do it. He interpreted this as meaning that he would be fired," Yanik said, adding that this was said to other workers as well. 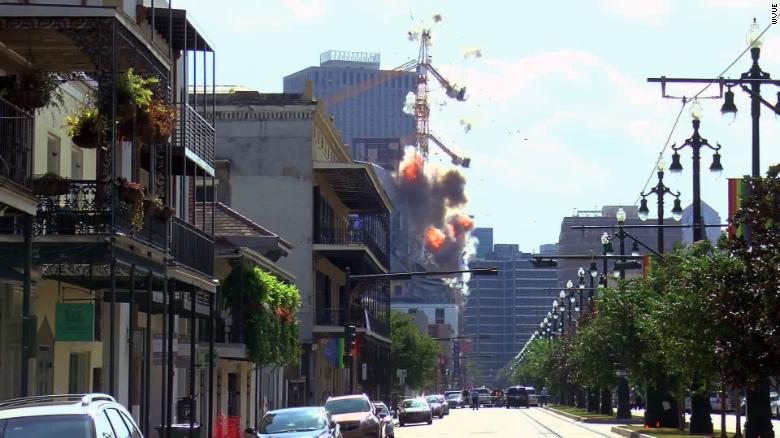 The two cranes involved in the Hard Rock Cafe collapse were toppled October 20, 2019.

"Mr. Ramirez Palma specifically raised the alarm about the building not being level various times, on more than 5 different occasions," Yanik said, adding her client was told to get back to work.

According to the complaint, the day before the collapse, Ramirez Palma was working on the 14th floor and noticed the floor shifting like a small earthquake.

"He also noticed the laser measurements show the laser visibly moving from the markings 2 to 3 inches up and down, showing that the building was moving," according to the complaint.

When the building collapsed on October 12, Ramirez Palma had to jump from the eighth to the seventh floor and blacked out, his wife Tania Bueso told CNN affiliate WGNO-TV.

After the collapse, workers approached Ramirez Palma crying and told Ramirez Palma that he was right about the building being dangerous with several supervisors were within earshot, Yanik said.

Two days after the collapse, Ramirez Palma was arrested after being stopped by officers with the US Fish and Wildlife Service on the Bayou Sauvage National Wildlife Refuge in New Orleans, according to a statement from US Customs and Border Protection.

"Ramirez(-Palma) had been fishing without a license, and when FWS officers asked for further identification, he was unable to produce a valid driver's license and only had foreign citizenship documentation," the statement read.

CBP officers determined Ramirez Palma was in the US illegally and had a removal order that was issued back in February 2016, the statement read.

However, Yanik said in the complaint Ramirez Palma did have a valid fishing license and had shown it to the wildlife officers when asked for it.

In the complaint, Yanik said that Ramirez Palma was told not to attend a meeting at King Construction Co. on the Monday after the collapse in which other workers discussed monetary compensation for the collapse. Instead, according to the complaint, Ramirez Palma went fishing but was followed by a man who later identified himself as an official with the US Fish and Wildlife Service, who ticketed him for fishing without a license.

The upper floors of the Hard Rock Hotel collapsed on October 12, 2019.

Ramirez Palma wanted to remain in the US, but because of his medical condition and the "suffering" his family is going through Ramirez Palma decided not to file a motion to reopen his case because that would prolong his detention, Lopez said.

"The system is set up in a way for people to give up on their cases," Lopez said.

Ava Dejoie, secretary for Louisiana Workforce Commission, wrote to DHS on November 27 asking that Ramirez Palma be released, and his deportation stopped because he was a "crucial witness" to the investigation of the collapse. Investigations like this take time and require interviews with multiple witnesses, she said.

"In the aftermath of a disaster of this scale, the public needs all available information to understand what happened at the worksite, including information from Mr. Ramirez Palma and workers like him who witnessed safety violations before the collapse," Dejoie wrote. "The investigations will undoubtedly suffer."