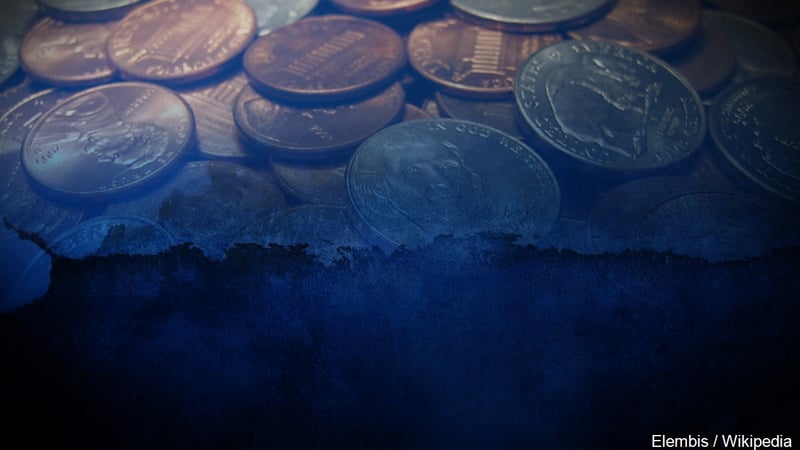 Frustration continues to boil over on the ongoing property tax debacle in Jackson County. The end of the year deadline is approaching, and pressure to pay the huge property tax bills in Kansas City, Missouri, is rising.

In a move that many people tax-weary people fantasize about on rainy days, but never dare do in real life, one woman has decided that she is going to take the unique approach in paying her property taxes in hopes of sending a message to Jackson County executives: pay them in change, specifically nickels.

"It is beyond insane," Cynthia Lockett said, who has lived in the Hyde Park/Midtown area of KCMO for over 30 years.

She said she clenched her chest a la Fred Sanford when she tore open her 2019 property tax bill and saw the damage: Lockett found her land value had increased by 135% and her overall market value up 45% over 2018.

"I am fussing but I am not impacted nearly as much as some of my Hyde Park/Midtown neighbors," Lockett said. "I mean there are people who got 300 or 400 percent increases in a year. Are you kidding?"

Jackson County has allegedly ignored calls and emails. Appeals and cries to the Board of Equalization have gone unanswered as well, forcing Lockett's hand.

"They have no care or respect for the citizens of Jackson County, I think that is what is boils down to," Lockett opined.

She will pay her bulging property tax bill, but in nickels. 1,419 rolls of nickels that will weigh over 625 pounds.

Lockett said she is not trying to punish the front line workers, but hopes her stunt sends a message to Jackson County Executive Frank White and Director of Assessment Gail McCann Beatty, who she blames for the tax mess.

Lockett has ordered the nickels from her bank and she will roll into the Jackson County Courthouse before the deadline to pay at the end of the year.

"That is how I am paying it," Lockett stated. "I am paying it on time and it is not civil disobedience, but it's just, I am angry. You mess up, you fess up, you fix it and move on and the County refuses to do it."

FOX4 plans to accompany with Lockett when she pays up.