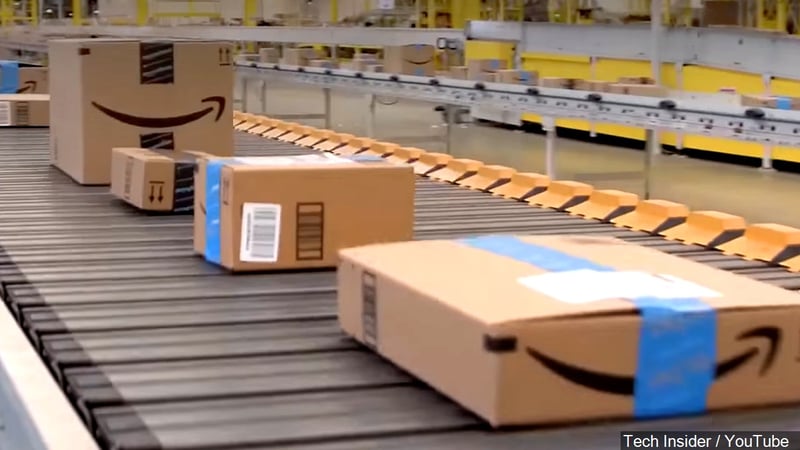 As Black Friday turns into Cyber Monday, ushering in the unofficial beginning of the holiday shopping season, a former journalist is speaking up about the emotional and physical toll she says she experienced as a seasonal employee at one of Amazon’s fulfillment centers.

Emily Guendelsberger was a reporter at the Philadelphia City Paper before it closed in 2015. Afterward, she took a seasonal job at Amazon’s relatively new fulfillment center just outside Louisville, Kentucky, where she worked as a picker, navigating the aisles of the warehouse to collect items that had been ordered for the holidays. In an op-ed for The Philadelphia Inquirer, she said she worked there for a month.

Guendelsberger described her time at Amazon to ABC News as physically taxing and said that she and other employees were constantly tracked and micromanaged by means of the handheld scanners they carried around. (Amazon no longer uses these scanners, according to The Philadelphia Inquirer.)

“It tells you exactly what you’re supposed to be doing at that time and exactly how many seconds you have left to do it before you are at risk of getting in trouble,” Guendelsberger told ABC News’ “Start Here” podcast.

Guendelsberger walks readers through her experiences working at Amazon, as well as a call center and McDonald’s, in her book “On The Clock: What Low-Wage Work Did to Me and How It Drives America Insane,” which was released earlier this year. She says that as more companies move toward higher efficiency, it’ll come at a cost to human employees.

“It’s incredibly efficient,” Guendelsberger said of Amazon’s single-day and day-of delivery. “But it really leaves no room for human weakness whatsoever — any way in which humans deviate from ideal robot workers. And unless something changes, I don’t see why that wouldn’t spread from Amazon to everywhere.”

As a picker at Amazon, Guendelsberger said she was at first intrigued by the sheer vastness of the warehouse, with its “endless” shelves. It didn’t take long for those initial impressions to wear off, however. After training sessions during her first two weeks, she said, “I was so tired at the end of the day that I would just go to bed at that instant.”

Guendelsberger said that she sustained a repetitive stress injury in her elbow from the job — which she still deals with today — and that she was surprised to find vending machines with painkillers.

At first I was like, ‘Man, that’s wild.’ And then, as I got through my training and started the job, really, it was clear why that was so necessary,” she said. “I was popping Advil like all day long without even noticing how many I was taking because it hurts so bad those first couple of weeks.”

But even with the physical strain, Guendelsberger said it was the lack of socializing with other employees that affected her the most.

“I never was going to walk out of that job because of how much my body hurt,” she said. “What really got to me was how isolating it was. These programs that sort of plan your path around these huge warehouses, they don’t put you within speaking distance of other pickers or just any other human beings for most of your day.”

Hundreds of lawnmower-sized robots that move around shelving units in a closed field are seen during a tour of Amazon's Fulfillment Center, Sept. 21, 2018, in Kent, Wash.

By the time she left Amazon, “nobody who had started on the same day as me was there anymore. It really runs through people very quickly,” Guendelsberger said.

In a statement to ABC News, Amazon said of Guendelsberger, “For someone who only worked at Amazon for approximately 11 days, Emily Guendelsberger’s statements are not an accurate portrayal of working in our buildings. We are proud of our safe workplaces and her allegations are demeaning to our passionate employees, whose pride and commitment are what make the Amazon customer experience great. We encourage anyone to come see for themselves what it’s like to work at the Amazon fulfillment center where she worked at by taking a free, public tour of the site.”

Guendelsberger suggested that cities will have to implement labor laws to combat practices like the ones she described. In her hometown of Philadelphia, for example, she spoke about Fair Workweek Laws that had recently been passed requiring predictable scheduling practices from employers.

She also expressed frustration that the people she met while writing her book were hard workers whose desire to do a good job was exploited and suggested that companies give their employees more autonomy.

“The American management technique is that workers, by their very nature, are unvirtuous — lazy. You know, they’ll just screw around if you give them autonomy,” Guendelsberger said. “I found my coworkers to be very hardworking. I felt like they really exhibited that work ethic that people talk about so often, but I’ve found it to be extremely aggravating that — exactly that good thing — that desire to do a good job and to help people was really being taken advantage of. Exploiting this desire to do a good job to make a ton of money.”