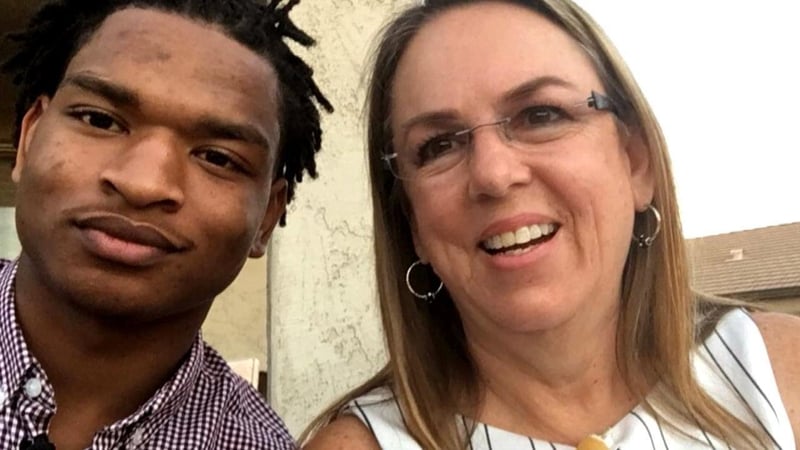 Two families will share their fourth turkey day after an accidental text message brought them together in 2016.

The tradition began when Wanda Dench, now 62, thought she was texting her grandson to invite him to Thanksgiving when she actually texted Jamal Hinton, now 20.

Hinton, a high school senior at the time, responded by asking for a photo to confirm if it was his own grandmother behind the text. The picture came in of a woman with blonde hair and glasses -- not Jamal's grandma.

"[You're] not my grandma," Jamal replied with a laughing emoji.

Hinton of Phoenix, Arizona, sent back a selfie to let her know he was not her grandson and asked if he could stop by for dinner anyway.

Somebody grandma is coming in clutch this year!! Ayee!!! pic.twitter.com/QGrx83nHLl

Dench replied, "Of course you can. That's what grandmas do ... feed everyone."

(MORE: Dad who was laid off gets hundreds of job offers after handing out resumes on street)

Each year, Hinton tweets a photo of himself with Dench enjoying Thanksgiving together.

(MORE: This 91-year-old veteran was eating alone before this waiter's kind act won hearts on Facebook)

Hinton, who now holds down a full-time job, said he feels great that the tradition has continued.

"[Wanda] is a really good person," Hinton told "Good Morning America" Tuesday. "I really enjoy the time I spend with her."

In 2018, Hinton posted a video on YouTube, documenting his and Dench's holiday dinner.

Dench said in the video that she grew up in the military. Her father was in the Navy and her husband was in the Army.

"We moved around a lot so I was always going to new places. And so strangers were not strangers to me," she said.

"Family is more than blood," Dench added. "It's the people you want to be with."