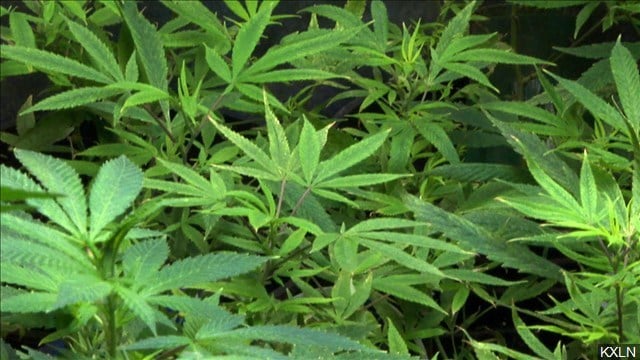 California is increasing business tax rates on legal marijuana, a move that stunned struggling companies that have been begging the state to do just the opposite.

Large marijuana taxes that can approach 50 percent in some communities have been blamed for forcing shoppers to shop for their pot from the tax-free illegal markets which are thriving. Industry analysts estimate that $3 are spent in the illegal market for every $1 in the legal one.

Yahoo reports that the California Cannabis Industry Association put forth in a statement that its members are “stunned and outraged.”

The group said the higher taxes, that will go into effect Jan. 1, will make it even worse for a legal industry struggling under the weight of heavy regulation and fees, local bans on pot sales and growing and a booming underground marketplace.

“Widening the price ... gap between illicit and regulated products will further drive consumers to the illicit market at a time when illicit products are demonstrably putting people’s lives at risk,” the group said.

Los Angeles dispensary owner Jerred Kiloh, who heads the United Cannabis Business Association, said the increased levies added to the heavily taxed market “seems like a slap in the face.”

The changes involve taxes paid by legal businesses, which ultimately get passed along to consumers at the retail counter.

Josh Drayton of the Cannabis Association says that he believes an eighth-ounce purchase of marijuana buds, typically priced around $40 to $45, would be pushed up to $50 or more in the new year. Consumers will feel the new prices at the register.

A major change involves what’s known as the mark-up rate, which is used when calculating taxes in certain business transactions, such as when a retailer purchases wholesale cannabis that will in turn be sold to consumers. The mark-up rate is being pushed up over 30 percent from its current mark.

In a statement, Casey Wells, a spokesman for the California Department of Tax and Fee Administration, said that the new rate was determined after the agency analyzed thousands of transactions in California’s computerized marijuana-tracking system.

Separately, cultivation tax rates are being increased by inflation, as required by law. For example, the tax on an ounce of dry buds will climb to $9.65 from $9.25, an increase of just over 4 percent.

Last week, the state’s top cannabis regulator, Lori Ajax, told an industry conference that the legal marketplace can expect more strain and turbulence for at least a couple of years as it deals with sustained competition from illegal sales, industry layoffs and fallout from a national vaping crisis.

California Assemblyman Rob Bonta said in a statement that the state should be cutting marijuana taxes, so that more businesses would be encouraged to move into the regulated market.

“This short-sighted move ignores the realities that licensed businesses are at the breaking point, with many struggling to survive,” the Oakland Democrat said.