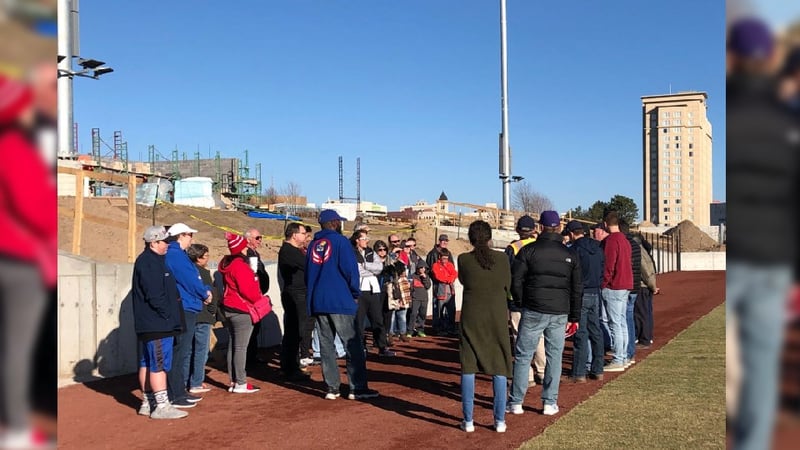 The design for the stadium was announced in January. Roughly nine months later, the design is coming to life with buildings almost finished, the home plate set, and grass already in place.

"When the fans first come in that tunnel and they see the green grass, it's just like a knee buckling moment," said Wind Surge Managing General Partner Lou Schwechheimer, "It's been a dream of so many people for so long to build a stadium like this which I think will take its place as truly one of the iconic ball parks in America."

Managing General Partner Lou Schwechheimer says finishing touches should be made in March 2020. Wichita WindSurge will play its first game in April. pic.twitter.com/99IaEXXuyZ

"We've watched the construction coming up, it's just building the excitement," said one Wichita fan. Angee Sisco works and lives downtown. Sisco and the hundreds of fans at the stadium Saturday say they're looking forward to what baseball will bring to the city.

"What's common is the genuine enthusiasm for being here, and that's the magic of what a ballpark can do."

Wichita Wind Surge will play in April 2020. Team officials plan to meet with city leaders to choose a name for the new stadium in the coming months.