Dog chewed off own leg after being left in cold with no food, frozen water 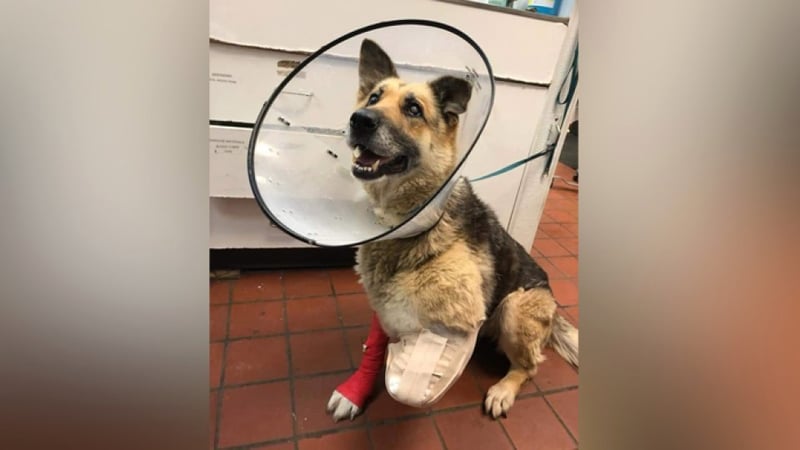 A man whose dog apparently chewed off her own leg is facing animal cruelty charges after the German shepherd was found chained in a central New York yard without food or water.

Carl Pritchard, 59, of Exeter, was charged Monday with cruelty and failure to provide food and shelter. It could not immediately be determined whether he has a lawyer.

A UPS driver reported seeing the dog, named Zoe, in a yard on Nov. 14 and told police it appeared its front leg had been blown off, troopers said Tuesday. The dog had been living in a plastic pet carrier, had no food and her water bowl was frozen and snow covered, police said.

The Susquehanna SPCA took the dog to a veterinarian, who did x-rays and found bones in its stomach. Dr. Joan Puritz at Oneonta Veterinary Clinic said Zoe apparently chewed off her front leg, which may have been diseased or injured.

“The dog was very emaciated,” Puritz said Tuesday. “She may not have been getting enough nutrition. The leg was probably injured and she was trying to take care of it herself.”

Zoe, who’s about 9 years old, was taken to the Cornell University veterinary school for further treatment and to determine if a mass in the shoulder above the gnawed leg is cancerous, Puritz said.

“I’ve never seen anything like this,” Puritz said. “It breaks your heart. She’s such a sweet dog.”