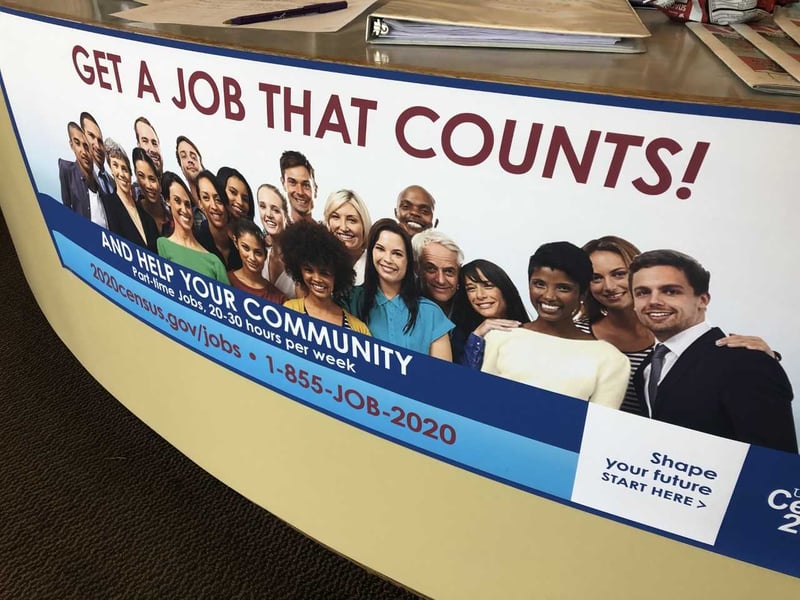 As applicants signed in to a job fair, some like Deborah Fisher have already worked for the Census before.

“It was fun,” she said. “I enjoyed making the money. Didn’t mind the walking, the exercise.”

Others were just looking for a job.

“I heard about the job fair, I’m seeking some unemployment and I came on down,” said Kwanzaa Owens.

Every ten years, the U.S. Census hires workers to make sure the U.S. population count is exact and a lot depends on it. This year, the bureau needs thousands of temporary positions filled.

“So much of our funding that comes in from our city and county is based on the census count,” said Janet Johnson with the City of Wichita. “Things like school lunches, head start, road construction, student loans, pell grants.”

Going door to door for the census bureau is an important job. It’s also one that could be tougher to fill this year. And you can thank record low unemployment.

The bureau released a report citing changing unemployment rates in the last ten years. In 2010, the Bureau hired about 3.9 million people. But it was easier then because unemployment was just under 10 percent. Now it’s at 3.6 percent.

So the bureau is turning to job fairs, recruiters and other advertising avenues.