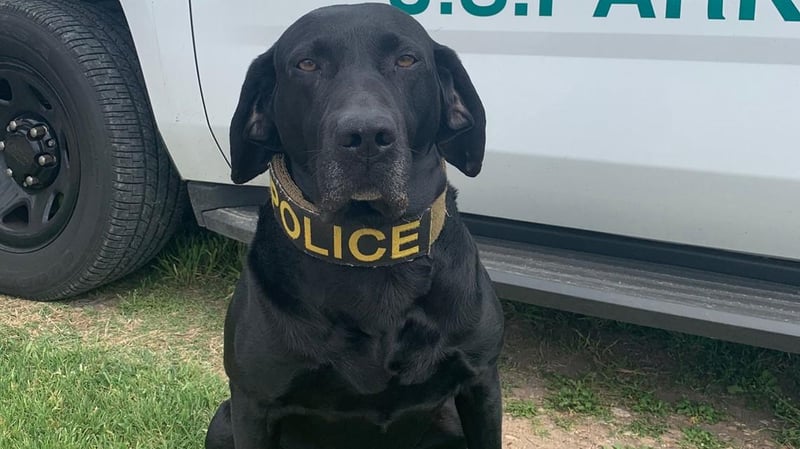 A black lab is hanging up his leash after nearly a decade on the job with the National Park Service (NPS).

K-9 officer Boomer, who was first recruited by the Chickasaw National Recreation Area in Oklahoma for narcotics detection in 2011, will retire later this month.

Boomer has held a number of certifications from the state of Oklahoma, the National Narcotic Detector Dog Association and the American Police Canine Association, as well as other associations and agencies.

Some of Boomer's favorite duties included performing demonstrations for local schools and community groups, according to the NPS.

Boomer plans to spend the next few weeks with his successor, K-9 Officer Rex, before he fully settles into retired life.

He will remain in the Sulphur area and plans to "spend more time with his family, receive as many belly rubs as he can guilt them into providing, chase squirrels, and continue to be a very good boy."