Will Secretary Pompeo run for Senate? 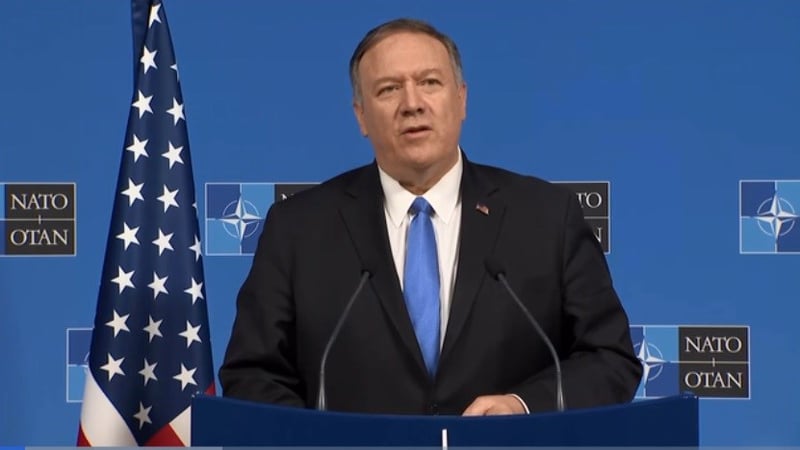 The latest round of speculation comes from a recent report claiming Secretary Pompeo is looking for a peaceful exit from the White House.

Time Magazine reported that Secretary of State Mike Pompeo, "has told three prominent Republicans in recent weeks that he plans to resign from the Trump Administration to run for the U.S. Senate from Kansas in next year's elections."

The spokesperson for the State Department told Axios News, "this story is completely false...he is 100% focused on being President Trump's Secretary of State."

Speculation has been increasing since Senator Roberts announced that he would not seek re-election.

In 2019, Pompeo made three appearances in Kansas related to entrepreneurship, leadership, and the workforce.

Last month, US Senate Democrats accused Pompeo of campaigning during those visits.

"We do believe that. At the same time, with all the news that's just been coming out about some of his ties to what's going on with the Trump Administration, it's not surprising that he might want to jump ship," said Brandon Johnson, vice chair for the Kansas Democratic Party.

Those who know Pompeo from his days as a congressman from Kansas believe he is committed to his current job.

"Mike has always been a great leader. He's been a great listener. Once he knows what he wants, he goes for it," said Kelly Arnold, former chairman for the Kansas Republican Party. "He's focused on pushing forward the President's agenda and America's agenda."

A person close to the Secretary said he is focused on his job and "anyone who says otherwise is just wrong."

There are a total of 12 people, eight Republicans and four Democrats, who have filed for the US Senate seat through the Federal Election Commission and the Secretary of State - Kansas.