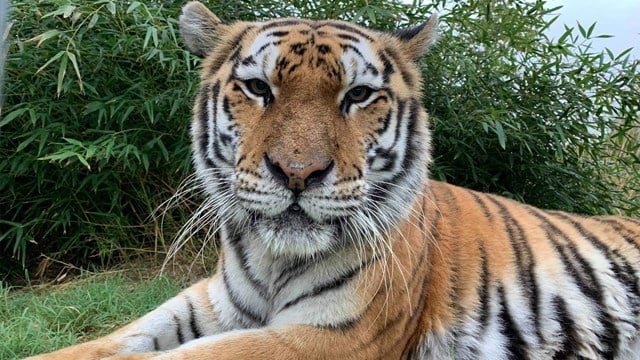 The Sedgwick County Zoo says one of its Amur tigers was euthanized over the weekend due to ongoing health concerns.

The zoo said Wednesday on Facebook that 14-year-old Talali passed away on Sunday.

"Keepers and medical staff had been closely monitoring Talali's quality of life due to ongoing health concerns that culminated in the difficult decision to humanely euthanize her on Sunday morning," the zoo's post says.

A necropsy will be performedto determine the cause of Talali's decline in health.

Talali gave birth to two cubs in 2013. She arrived at Sedgwick County Zoo for the opening of the Slawson Family Tiger Trek in 2009.

"The entire Zoo family will miss Talali, especially the keepers who have cared for her over the past ten years. We hope you'll join us in celebrating her life."

Sedgwick County Zoo
Check out these photos from across KAKEland snapped by our viewers, staff and local officials. Do you have pictures to share with us? Email them to news@kake.com.